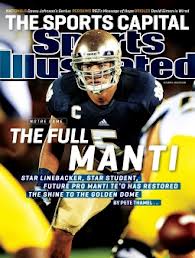 Personal insecurity and a will to win in overdrive make strange bedfellows.

It is a combination of personality traits fraught with peril.

Which I shall, but first some perspective.

I was a roly-poly kid, fat, truth be told. Always a little slower on the ball field than my pals. Not as deft at picking up grounders, or putting the ball in the hoop. Relegated to the line in touch football.

Our gang dubbed ourselves the “Bonnycastle Bearcats.” Even though the only opponent we ever played was Jimmy Bevers’ Gang.

Sitting around one afternoon in the corner of the park which was our home field, I told the group my uncle was going to get us uniforms. My standing escalated immediately.

Truth. There was no uncle. There were no uniforms. Out of the blue, based on a desire to be well-liked, some need to feel worthy, I made it up. Consequences never entered my mind.

Weeks passed. The others started wondering, “Where are our uniforms?”

It came to a head one day when they marched me over to my family’s apartment, knocked on the door, demanded of my mother, “Where are the uniforms Chuck’s uncle is getting us?”

It is not a favorite moment from my youth.

Anecdote #2. Decades ago there was a prominent, well-educated person in the community from a family of some note. This was a successful businessperson, active around town in many worthy causes, a real up and comer. A groundswell was generating that this person should make a run for Congress.

Until it was discovered that he/she had never graduated from college as he/she had consistently represented as an adult.

End of campaign. The person faded from the public’s conscience.

I believe I’m pretty sure that Notre Dame linebacker Manti Te’o fell for Lennay Kekua, a woman who never existed. (It happens. Rent the documntary, “Catfish.”) My guess is the extent of the “romance” expanded in his mind, and perhaps his heart, given some insecurity of his and unfulfilled need for love. (I am not a psychologist, nor do I play one on TV.)

How he got involved in the situation remains somewhat a mystery.

But here’s what he told Sports Illustrated’s Pete Thamel, when asked how he met her.

“We met just, ummmm, just she knew my cousin. And kind of saw me there so. Just kind of regular.”

He filled in more details to the former NY Times scribe, that they’d been dating for a year but known each other for four years, etc, etc.

I can believe that Te’o, like the Louisvillian who never graduated college, had started to believe the story he conjured in his imagination. Such lies tend to perpetuate themselves. Especially for an insecure fellow who becomes the darling of Notre Dame Football’s considerable star maker machinery.

So, yes, Manti Te’o was more than likely duped by some merry pranksters in the social media.

But calling him the innocent victim of an internet hoax is cutting him way too much slack. I’ve been there, and I don’t buy the excuse for a nanosecond.

The Notre Dame Football Spin Control Squad can’t gipper its way out of this one.

There was no romance, as there were no uniforms. Manti Te’o needs his comeuppance, as that roly-poly kid got his.

As for Lance Armstrong, well, there might not be enough mea culpa to sate the people he has savaged along the way.

That he used PEDs and blood doping and whatever to gain advantage in the Tour de France, frankly, doesn’t bother me that much. He could have had a motor implanted in each leg, and his acceleration up Mont Ventoux was still something extraordinary to behold.

But what is arguably inexcusable is the vicious manner in which he attacked his accusers through the years, the ones who dared tell the truth. If stories are to be believed, there were threats of severe bodily harm, attempts to sap his detractors of financial stability.

Lance Armstrong is an asshole, an especially mean and vitriolic one at that. There is no other way to say it.

That his “story” has helped many overcome severe physical trauma and illness is all well and good.

Armstrong still deserves to be villified.

If Armstrong — and Te’o too for that matter — hope to even find the path toward a distant state of grace, they need to make specific amends personally and individually to all they have harmed. In public forums, and face to face meetings. They need to do good deeds, with a sense of true humility.

What Armstrong has done over the years is obviously far worse than Te’o. Yet both lied and cheated. Armstrong to win races. Te’o to win plaudits and awards.

Apologies are owed. Sincere contrition, meaningful amends, those can heal.

Lance Armstrong, Manti Te’o, the next moves are yours.