Who told you in advance that Oklahoma State would derail Baylor’s dreams?

Hold your applause please. Okay, go ahead with a standing O if you want.

Those of you with elephantine memories are about to interrupt. “But, Seedy, you flipped a coin on that one.” Which, truth be told, is technically correct. But, I really wanted/ expected it to come up tails for the Cowboys.

Honest. No, really, I’m not kidding.

Anyway, my predictive prowess has been on full display all season, if I do say so myself. 49 correct. Against only 16 mistakes, after another 4-1 weekend.

But, you know, it’s what is known around the offices of The World Wide Leader as Rivalry Week. Anything can happen, and usually does. Or, so they say when in full cliché mode.

So, let’s take a look at some traditional matchups, many of which mean more this season than bragging rights against Sid, the asshole who lives across the street and roots for that other team.

The opening whistle is about to blow, let’s get going. 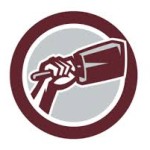 Ole Miss @ Mississippi State. Nothing says Turkey Day in the Magnolia State like the sound of clanking cowbells in Starkville. The Johnny Rebs from up there in Oxford town hung tough against Mizzou last week, but couldn’t pull off an upset. Not to worry, ’cause they know they’ll be bowlin’ next month somewhere. Not so the home-standing Bulldogs, who needed OT against OOOOOOOOOOOOPigSoooey to be on the cusp of that status we call bowl eligible. At 5-6 on the campaign, Dan Mullen’s charges need More Cowbell to prolong their season. But they’ve got injuries. The visitors actually have some semi-quality Ws on their resumé. Cowbells muted.

Purdue @ Indiana. Remember how I mentioned that a lot of this week’s rivalries have meaning other than bragging rights? Not this one. I have to ask, whatever happened to the Boilermakers? Talk about a program on the decline. The Hoosiers have exhibited some spunk, and shall prevail. When the final gun goes off, both relieved fan bases will have no further distractions. It will be Hoops in HoosierLand, the way the Good Lord meant for it to be.

Texas Tech @ Texas. Didn’t the Longhorns used to play another Lone Star state school on Thanksgiving, a school with the 12th man? So it was. But traditions are fading faster than ESPN fades to commercial break. Okay, not quite as fast, but I think you know what I mean. For awhile there this season, the Red Raiders, with the nation’s best passing attack, were looking invincible. Literally. 7-0. Then they played in succession, Boomer Sooner, Okie State, Purple Pride and the formerly ascending Baylor Bears. L. L. L. L. But they’re still slingin’ it like Sammy Baugh. 1 Texas was on a roll until being derailed by those Cowboys from Stillwater, which frankly now appears to be no disgrace. Burnt Orange prevails, allowing Mac Brown to save some face, if not his job.

Arizona @ Arizona State. Since when do we pay any attention to this matchup in the Copper State? Well, since the Wildcats proved their mettle by bashing once mighty Oregon. While Loathsome Todd Graham’s Sun Devils were derailing UCLA’s Rose Bowl hopes. That’s since when. Funny how RichRod got ‘er done at West Virginia, didn’t git ‘er done in Ann Arbor, but is now gittin’ ‘er done again in the sunny SW. Well, his ‘Cats will not git ‘er done on Saturday. 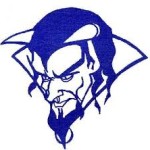 Duke @ North Carolina. David Cutcliffe’s Blue Devils have won seven in a row.2 A W means they get a chance at attempting to survive a league championship battle with the Seminoles. The Tar Heels themselves come to kickoff on a five game W streak. Do the denizens of Tobacco Road really care about this game at this time of year? I’ll check with C.L. Brown and get back to you. Baby Blue is a 5 point favorite. Duke keeps winning, but remains under-appreciated. But, their early season L to Georgia Tech shall not come back to haunt them There will be joy in Cutcliffeville.

UCLA @ Southern Cal. In a town that never escapes crosstown traffic, this crosstown rivalry is relevant again. The game would really mean something if the Bruins hadn’t lost to Arizona State last week. As it is, bragging rights viz a viz the resurgent, Kiffin-less Trojans will more than suffice. How the world turns. It’s USC that now has more to prove. Will they Orgeronate a new domination? (Okay, I agree, not so clever.) Not sure about that, but Troy shall prevail this week.

Oregon State @ Oregon. My Quack are severely wounded. Literally. Figuratively. Can they fly again over their outdoor Beaver brethren? They should be able to. The Ducks have lost two of three. But, oh my, O State had so much hope, but have been thumped four times in a row. Though it shan’t help them regain recently lost luster, it’s the Quack.

Clemson @ South Carolina. If the permutations fall in place, South Carolina could play for the SEC title against the winner of the Iron Bowl.3 If other permutations fall in place, Clemson might have a spot in one of those cherished BCS games. The really big question here is whether the teams on the field can match the verbal battle royale of their coaches off the field? Spurrier and Dabney know how to barb. The Ol’ Ball Coach has the home field advantage. Dabo has the team that’s going to win.

Alabama @ Auburn. While I’m not fully knowledgeable about the vaunted history of this, the most heated rivalry in college pigskin, I believe it’s fair to say that this year’s game is as important as any the Tide and Tigers have played. “National championship” implications. More important, SEC championship implications. Sooner or later, Nick Saban’s Crimson Tide has to be proven vincible. Right? Rising star Gus Malzahn has had two weeks to prepare. Normally his counterpart doesn’t need that long to develop a plan to outwit his foe. Auburn is on the rise, one of the pleasant surprises of the season. But . . . the Tigers shall be drowned in the Crimson Tide. Some things remain inexorable.

Tennessee @ Kentucky. One of the other things that was inexorable until two seasons ago was an annual Volunteer W in this game. Did Rocky Top start a new streak last season? Not if Mark Stoops has anything to do with it. The question is whether his depleted, demoralized Wildcats can muster a W on this Saturday? Maybe. Probably not. Perhaps. Who knows? Well, throwing caution to the proverbial wind, in hopes of adding positive karma for the Cats, I proclaim the University of Kentucky Wildcats shall end this season on a high note.