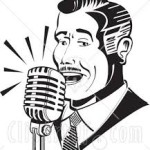 Other than the stupendous news that doddering Tim McCarver was calling it quits, that we’d no longer have to endure his inanities during the World Series, this was the 2013 announcing story that had us all toasting the telly at BW3.

Bobby “Call me Bob” Knight’s ESPN contract as a college hoops color guy wasn’t renewed. Or, so it was reported last spring.

Forget his cranky duplicity. Forget his brusque don’t-bother-me manner. Forget his dour visage. Forget the his and his matching sweaters with play-by-play guy Brent Musburger.

Simple fact is that Knight, for all his vast basketball knowledge and insight, can’t express that on a telecast in an understandable and illuminating manner.

He may be able to decode the cryptic points he tries to make, but those watching certainly can’t.

Thus it was no surprise when we heard that ESPN wasn’t renewing his contract.

But, oh my, in a major please-come-back-to-the-microphone-joe-dean-joe-dean surprise, and the antithesis of a holiday treat, when I tuned into the Duke/ Alabama game last night, there was the besweatered one, with his bah humbug visage, glumly sitting courtside next to Dan Shulman.

It’s true that, for all his coaching acumen, which I acknowledge, I have no time for him as a human being and member of society. That said, what really irks me, and what should bother his superiors at The World Wide Leader, is that he doesn’t prepare for his telecasts. And isn’t a good color guy.

Last night, it seemed as if it was the first game Knight had watched all season. When the subject of the new officiating focus came up, Knight opined that it wouldn’t lengthen the games at all. Which is obviously and absolutely incorrect, and apparent to anyone who cares about college hoops and can tell time. Games are lasting a minimum of 15-20 minutes longer because of the increase in fouls called.