Because I knew that Bode Miller hadn’t medaled, and figured I had seen enough Snowboard SlopeStyle, I decided to concentrate on the Beatles TV special last night, instead of Sochi.

So, at this juncture, I want to give a shout out to the lamoid rock outfit known as Imagine Dragons, which pretenders some how got the gig to sing “Revolution” on the CBS special.

So soulless, so God awful, were they, I flipped over in time to watch some of that downhill. For that I give thanks to Imagine Dragons, whom I hope never to encounter again, unless I happen to take a cruise in the future to Middle Earth, neither of which I’ll ever do.

We in Kentucky Derbyland are prone to refer to our signature sporting event as “the most exciting two minutes in sports.”

I beg to differ.

Watching those skiers blast down the hill at 80+ MPH gets my blood rushing, even when sitting in my Ekornes. Swoops and turns and jumps with such force, that every moment is fraught with peril.1

Miller finished in 8th place. But his time was just a hair more than a half second behind the winner. One bobble. One hit gate. One hesitant moment before getting back into his crouch. No medal.

It is the most exciting two minutes in racing. Period.

As for SlopeStyle, well, if the winners are decided by judges instead of actual competition, it isn’t a legit sport.

Which is not to say that what those snowboarders do isn’t unbelievable. Not to mention daring, athletic and fearless.

It’s just to say that one person’s take on a Jackhammer Corey Haim Double Flip 1460 With Tuck is not the same as the next.  So, from a sports aspect, this is in the same category as Ice Dancing, Rhythmic Gymnastics, Diving and the Westminster Dog Show.

You want a sporting event decided by the whims of Joan Rivers, find a spot on the red carpet at the Golden Globes.

That said, were I a judge, I’d give Ashley Wagner’s post-performance pout, 10s in all catergories.

And now for a quick look see at what really matters to my readers.

In an astonishing, frankly inexplicable turn of events, the University of Louisville Cardinals have jumped to the #5 spot in hightly respected Ken Pomeroy’s ratings. They’ve bumped up to #8 in the Coaches Poll.

Whodathunkit? Don’t ask, I haven’t the slightest idea what Pomeroy’s algorhythmic metrics are computing, or what the voting coaches have been smoking?

Ah, but the bracketologists 3 seem to have a greater sense of where the Cardinals should be posited, based on actual performance.

The consensus, which you can find here, positions the Cards as probably a 5 seed, but likely a 6 without some notable Ws between now and Selection Sunday.

Who am I to disagree?4

The same consensus has Kentucky a solid 4 seed.

Talk about a team falling apart. 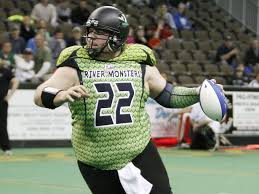 Just when the former UK, former NY Football Giant QB hit the big time on youtube, with like, 4,583,902 hits on his River Monster video, the dude breaks his leg.

Making of fun of him is, of course, like shooting fish in a barrel. His Humpty Dumpty physique lends itself to sardonic derision. As somebody who understands food addiction all too well, I shan’t join the fray.

I will say, it’s all a pity. I thought the guy had the talent and size to make it in the NFL, if only as a perennial backup. Then his addict ate his way back to northern Kentucky.

It’s been difficult to really get a feel for this hoops season.

All the present contendas have question marks.

So, I’m rooting for Wichita State to run the table. Undefeated regular season. Win Arch Madness Tourney Title. Six in a row on its Dance Card.

Then we’d get to hear the braying of one Robert Montgomery “Don’t call me Bobby” Knight, who’d have lost yet another shred of his fading legacy.

Have you seen the plans for the new Rupp! Arena?

I thought the U of L women’s team played pretty well yesterday against UConn.

The Huskies haven’t had a winning margin less than 11 points all year.

Now that Tennessee has come back to the pack, Geno has no real year in and year out rival. He cherry picks the recruits. Until it ends, the women’s game is going to remain second tier.

Louisville hung tough, but simply had no answer for UConn’s bigs. Tall ballers matter even more in the ladies’ game than the men’s.

1 thought on “Monday’s Musings: Olympic Downer, Downhill & Down for the Count”