Any number of you regular readers have sent inquiries, questioning the sanity and intelligence of a regular — dare I say, loyal — reader, one J G Joyner.

“Does this dude actually read your stuff? Why would he think you’re a UK fan?’

“What’s this guy’s problem. If he could read, he’d know you’re not a big Kentucky booster.”

Having seen neither the results of his IQ test, nor a clean bill of health from the Mental Inquest department, I feel uncomfortable commenting on either.

I do know that he is more than somewhat obsessed with the Cats. And, as you know if you’ve been paying attention, not in a positive way.

I admit to lunching with him, and another old associate, on occasion. Once, by coincidence when I showed up with a blue shirt on, he threatened to sit at another table.

And, in a comment, to a blog earlier this week, he simply commented, “You should move to Lexington . . .”

So, in the interests of hopefully coming to some resolution to what I’ve considered an egregious breach in internet ethics, I met him and that other associate, who also happens to be my attorney.

Or, so I thought.

When we all sat down, with only the most kind of intentions, I advised my counsel that, all kidding aside, I needed a cease and desist order. That Mr. J G J’s off the charts Comments were upsetting my loyal reader base, and it appeared that legal action would be necessary to get him to stop.

At which time, He Who Was Formerly My Counsel, who I immediately came to learn is in collusion with my nemesis, reached into his pocket and produced the following document for me. 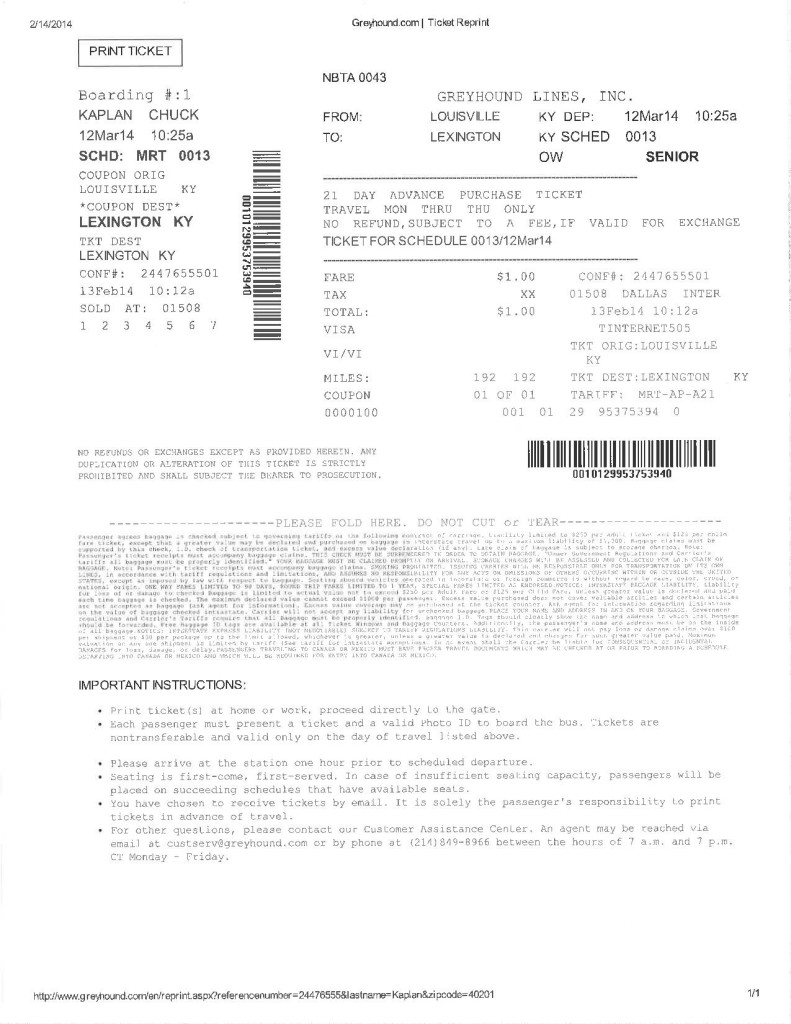 So sad, but it’s twu, it’s twu. They gave me a bus ticket to Lexington.

Aghast, I remain. Befuddled that a fellow of apparently reasonable intelligence would be so without a clue. Distraught that my former attorney committed an egregious act of impropriety by representing my nemesis. Nonetheless I intend to stay above such a petty act of disrespect.

I advised that next time lunch is on me.

At Joe Bologna’s. Deep in the heart of Lexington, KY.

2 thoughts on “A Loyal Reader’s Valentine Gift: One I Shan’t Easily Forget”