Of last year’s national champs, it was Greg Anthony — Or, perhaps, Kenny Smith? — who astutely observed that U of L played ugly better than any other school.

“Ugly” is the apt descriptor which has been used yet again, locally and by the national punditocracy, as it was after the Manhattan win, to describe yesterday’s Round of 32 W over the Billikens.

But, “Survive and Advance” is the mantra of the season, and this year’s version of the Cardinals abide. So far.

For the first 5:45 of the second stanza, here’s what the Cardinals did on defense.

They allowed three offensive rebounds, and permitted the Billikens to score 13 points.1

Meanwhile, at the other end of the court, the Cardinals were peculiarly inept.

The Cards only scores were two technical FTs when Jake Barnett petulantly tried to slap the ball out of Luke’s hands after fouling him.

At which juncture, U of L, playing manifestly ugly, without a second half field goal, found itself down a deuce, 27-29. 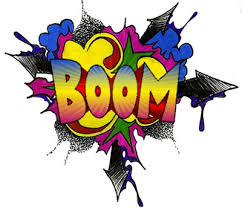 Of last year’s national champs, it was Mike Krzyzewski, who astutely observed that U of L could go Boom! at any moment.

Battered and partially broken Russ Smith layed one in :13 after The Rick steadied the ship. 29-29.

Luke Hancock stole the ball. Silent L grabbed an offensive board, for a put back. 33-29. 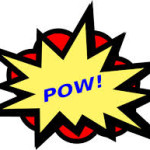 A few moments later, after a Van Treese reverse lay up and two Luke threes, the Cards had their foe measured, 41-35.2

U of L shot a lackluster 45% from the field.

Saint Louis averaged 5.6 made threes a game over the course of the season. Yesterday, U of L held them to nil. As in ofer 15 from beyond the arc.

You can say Louisville looked awful Thursday and Saturday in dispatching two foes they “should” have handled easily. That would be true. It would also miss the point.

Which is, whether the result looks like a Picasso or a Ralph Steadman scrawl, Survive and Advance is all that matters.

This edition of the Cardinals is looking feisty and gritty.

But it so different than last year’s squad, which essentially stomped its way to the Final Four. Or, most of Pitino’s better teams here, and you know where up the road, which would trample their first three or four tournament foes like they were exhis against UPike.

Each year is unique though. Duh!

One guy’s opinion: U of L has reached its full potential by advancing to the Round of 16.

After last year’s title, I told myself I’d cherish any success this year’s squad achieved. So I shall. What happens from here on out is gravy, the florette on top of the icing on the cake, choose your own metaphor.

A win Friday night would be HUGE! Over Wichita State to say, “Yeah, we beat you again, suckers.” Over UK, because, uh, I don’t think I need to say because why.

And, if it’s not to be, so be it. The Cards haven’t made it to three straight Round of 16s in three decades. Three straight 30 W seasons.

CBS made an egregious production mistake near the end of the first half.

They were showing a tape of Russ Smith’s dad, who was miked during the game, while there was action on the floor, during which Saint Louis scored.