Admission to The Dance is based on the “whole season’s body of work,” proclaims the NCAA Tournament Selection Committee, a collection of deciders as haughty as any extant, including the Supreme Court of the United States.

If that be the case, we have more convincing evidence now to underscore that “Past performance is not indicative of future results.”

A strange year in college basketball has come to this.

Kentucky, an 8 seed, vs. Connecticut, a 7 seed, for the national championship.

Even Nostradamus didn’t see this one coming.

How cockamamie is this Wildcat vs. Huskie matchup?

UConn lost its last regular season game by 33 points to UK’s biggest rival, the Louisville Cardinals. Whom, by the by, the Cats nipped in the regional semis along the way to Monday night. And who beat those Huskies thrice during the year.

UConn beat top seed Florida to make it to Monday. For the second time this season. The Gators won 30 in a row between those two Ls. Their only other L was to Wisconsin, the team which UK outlasted in its national semi. Oh yeah, Florida whipped UK 1, 2, 3 times before the tournament.

In the couple of weeks before that august body of selectors met, the Wildcats lost twice to Florida, and to Arkansas at home and to South Carolina (14-20).

You say you got UK vs. UConn in your bracket?

Even tattooed Tyler Austin Black, the one and only person who absolutely, positively knew the Cats would still be standing at this juncture, didn’t have them facing UConn. After all, any team that would lose to the ‘Tards by 33 couldn’t be any good, right?

Before I talk about last night’s scintillating games, I need to get something out of the way, so my nemesis David will get off my back.

He called last week, before UK felled the Badgers, and asked, “So when are you going to reveal to your readers, that I said Kentucky was going to win the title?”

Now, David, right now. After Julius Randle’s first strong move to the bucket during the Big Blue’s W over U of L in December, the Professor declared, in his own inimitable, understated way, “Kentucky is a lock for the national championship.”

However, mon ami, I also feel compelled to point out another conversation, one we had after those Wildcat Ls to the Razorbacks and Gamecocks, during which the Professor railed, “How can the NCAA put Kentucky in the tournament?”

Of all the take aways from Kentucky’s stunning fifth stalwart W in a row, this is the one that jumps out at me.

Zero turnovers in the second half against Wisconsin.1

I’ll repeat. Zero (0) turnovers after intermission by the frosh overloaded team in front of 79,000+ fans, the biggest crowd ever, in the biggest game of their lives.

This season, the Badgers held on to the ball better than any other school, coughing it up but 8 times or so a game. Which is exactly how many giveaways they had last night.

Except that two of them came in the last 3:48, the deciding sequence that began with the teams knotted at 69, after two Randle FTs.

What to say about Aaron Harrison?

He took three shots in the second half, one of them from beyond the arc. With :06 on the clock. Launched from a spot closer to the Texas Book Depository than the basket.

Net. Okay, and a smidge of rim.

Which now makes it three games in a row that he’s gone “Houston, we have splash down” in the NCAA tournament.

Excuse me if I explain the following through the Red & Black eyes with which I watched the game.

With the tilt tied at 71, The Badgers got possession with :52 to play on a Sam Dekker rebound of an Andrew Harrison missed trey.

“They’re running the Edgar Sosa play,” I shouted to my gang.

PG Traevon Jackson stood tom tomming the ball at the top of the key, while the rest of the normally in motion Badgers stood statically. With the clock running down, they scurried about frantically — a classic Sosa play characteristic — and ended up with Jackson launching an off balance three at the end of the shot clock.

During which crazy shot, he jumped into Andrew Harrison, who was whistled for a foul.

“He pulled a Luke Hancock,” I shouted to my gang.

A hat trick of FTs coming with the score tied and :16 on the clock.

Then to the chagrin of Bucky Badger and Cheeseheads everywhere, Jackson went Terry Howard. At least a semi Terry Howard, which turned out to be a deciding factor in the semi-final.

He missed the first. Then made the next two.

Which wasn’t enough, since the Badgers defense, like those of Louisville and Michigan the weekend before, at crunch time, couldn’t contain Aaron Harrison, the mayor of Treyville.

What a phenomenal second stanza!

Badgers hit a trey to go up 7 early. Cal called a timeout, after which the Cats tallied 15 in a row to take an 8 point advantage.

After which the Badgers came back to take the lead, which stood at 5 with a little over six minutes to play.

After which the neophyte Wildcats proved themselves a little mo’ better. 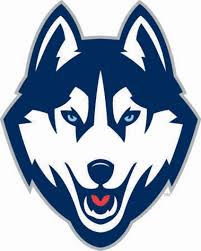 While it is easy for those of us in these parts, where we believe that basketball superiority is a birthright, to consider Kentucky’s run to the title tilt the most improbable storyline of this tournament, it ain’t so.

With Shabazz Napier doing his most perfect Kemba Walker impersonation, unforeseen UConn is the other school that can wear the crown.2

Because the undersized Huskies, who, let me remind you for the 1,363d time, lost their last regular season game by 33 points, have beaten consecutively, the two schools that were the consensus picks to win this thing.

When Connecticut was down 4-16 midway through the first half, I shouted to my gang, “This game is over!”

Not such a salient observation, that. They outscored the Gators by 22 the rest of the way, breaking the favorite’s will late, as they did Sparty’s, for a ten-point final advantage.

Smart Guy wrote, “I will go on record. There is no way in hell that UConn will beat Kentucky. No. Way.”

The aforementioned Professor, my nemesis David, wrote, “They may beat Connecticut by 40 points.”

Which resonate like the thoughts of the Big Blue Nation back in ’11 before the beloved Cats played UConn in the national semi-final.3

In all the stuff I read yesterday before the games, I saw not one single “expert” pick UConn to beat Florida. None.

Usually there’s a contrarian somewhere. None came out of the closet yesterday.

My guess is UK shall be favored Monday night. But, that there will be some believers, and not just members of the Huskie Horde. Some will say that UConn, not UK, is the Team of Destiny.

I haven’t a clue.

But I’ll be watching.

And hope that, should Kevin Ollie’s charges have a two point lead but playing D with the clock running out, they don’t let Aaron Harrison touch the ball in Treyville.

Because, if they do, they’ll be toast.

Another wag weighed in with this suggestion Sunday morning. If UK’s fans are looking for a nickname, “These guys should be called ‘The Inevitables.'”

1 thought on “Improbable Twosome Survive: Feline vs. Canine for the Title”