I have a sad vision.

Of a community center basketball court somewhere in the greater Cincy area in, oh, 2029 or so.

A fortysomething father walks in with his young son. A pick up game is going on. There’s a burly guy, 6-5 or so and 50+ pounds overweight, dominating play on the court.

Father: “Whoa, would you look at who is out there?”

Father: “Chane Behanan, son. Won a national championship at Louisville back in, I dunno, 2012 or so. Heck, son, best I recall he dominated the boards in the second half of that title game. Outrebounded the whole other team, Michigan, I think.”

Father: “Well, he tried, but never really broke through. May have played in Turkey or Spain or somewhere for a year, maybe two. Truth is, son, he loved weed more than the game. Seems like he never could shake it.

“Shame. He could ball. One of the best ever to come outta here.” 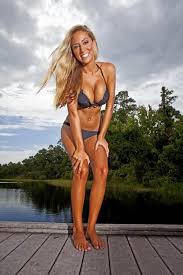 SI’s draft “expert” Chris Burke has Manziel as the 1st signal caller taken, at #4 by general manager Kevin Costner and the Cleveland Browns. The second QB Burke says will be picked is Central Florida’s Blake Bortles.1

Those prognostications are pretty much in line with other draftnicks, including Mel “Vaseline Coif” Kiper Jr..

Where Burke does think differently than ESPN’s ubiquitous Kiper is the consideration of one Teddy Bridgewater. Burke’s got him going to the Chiefs in the first round at #23. Neither Mel nor his sidekick Todd McShay have the former Cardinal going anywhere in Round One.

At one point — it was during the season when these collegians were playing real games against competition — Teddy B was the consensus overall #1 pick.

He’s a winner. He makes something out of nothing, completing passes under seemingly impossible circumstances. He’s a gamer, having led U of L to Ws in important regular season and bowl games. He plays hurt. He’s a leader.

I haven’t the faintest idea how teams process potential draft picks.2 What I know is Bridgewater didn’t throw at the Combine, apparently upon advice of his agent. And didn’t wear a glove, as he always has done, during his Pro Day at U of L. And was, at least according to “experts” who were there, less than impressive.

So, because of that, one must assume, absent any other evidence, Bridgewater’s potential has been seriously downgraded by the Kevin Costners of the pro football world.

At least by those who think they think like the GMs who make the choices.

I got a text from The Professor last night, during another of the many scintillating first round NBA games this post-season, this one between Toronto and Brooklyn.

The Raptors blew a big lead, but held off the Nets to take a 3-2 series lead.

The text: “Okay, what school did Kyle Lowry play for, and had you heard of him before he dropped 38 on the Nets?”

He was Villanova Wildcat, but I’ll admit googling up the Raptors’ roster to be reminded.

I’m not sure what my point is?

I guess my other point is that, even for college hoops acolytes like The Professor and myself, our hoopaholism requires paying attention to the play for pay boys this time of year. And we are rewarded. NBA regular season games are way too often B*O*R*I*N*G. Whereas every possession is intense during the playoffs.

Which Larry Bird, who is dying a not so slow death, wishes somebody would tell the lackluster #1-seeded Pacers, who are on the cusp of losing an opening round series to a team that lucked into the playoffs with a losing record.

I was away last week at JazzFest, when the Harrison twins announced they were coming back to Lexington for sophomore studies.

Which means the University of Kentucky Wildcats shall place on hardwoods across the southeast next season, the greatest basketball team in the history of the sport.

Do I know the Derby winner?

Of course, I do not know the Derby winner. I’m usually not even in town when the Greatest Two Minutes in Racing is run.

I do know that LEO’s expert, Bill Doolittle, is going for a threepeat, having correctly prognosticated the last two garland-wearing winners. So I defer to him.

He likes the favorite, California Chrome.