This year was different. For any number of reasons.

So, duly inoculated by my attending physician with a revolutionary new Chris Berman antidote, I tuned in.1

It was like watching one of those golf tournaments, like the Mortgages ‘r’ Us Open, where a couple of somewhat famous linksters are lapping the field, but, with a suitably hushed Jim Nantz voiceover, the cameras keep showing Tiger Woods, at +14, shank it into the woods, and misread four foot gimmes.

Last evening, one guy after another would get picked, and afterward, Berman and his band of knowledgeable talking heads — Jon Gruden, Ray Lewis and that Kiper Jr. guy — would talk about . . . Johnny Football.

Jadaveon Clowney. Gruden: “The Texans should have taken Manziel.”

Blake Bortles. Berman: “Let the draft officially begin!!!!!! What does this mean for Johnny Football, who still sits?”

The former Heisman-winning Texas A&M QB got more air time than all other draftees combined.

But, we did learn a couple of salient things about the draft night star, who was eventually picked by Cleveland at #22.

One, Manziel’s got a bladder as big as that new tower at the Water Company on Frankfort Avenue. The cameras cut to Manziel every 45 seconds whether they needed to or not, and, nervous as he was despondent, he was always sipping from a fresh bottle of water. To no apparent adverse urinary effect.

Two, short J. Football may be, but he’s got big hands. Which apparently are important for a signal caller, playing in the cold by the lake in Cleveland.

Which newly discovered “truth” gave me pause, since local fave Teddy Bridgewater was picked as late as possible in the opening round by the Minnesota Vikings.2

One of the knocks on Bridgewater in the run up to the draft has been “small hands.”

And i seemed to recall that the new Vikings Stadium, to open in 2016, was going to be open air. But a Google check this morning reveals that not to be the case. It’s going to have a fixed roof.3

So, best of luck to Teddy B, who shall toil, at least in a couple of seasons time, indoors.4

Former U of L Safety Calvin Pryor was grabbed at #18 by the New York Jets.

Big hitter, Calvin. Boomer: “Is he the next Rodney Harrison?”

In a major surprise, Cardinal Marcus Smith was picked at #26 by the Eagles.

Somewhat interesting sidenote. Pryor and Smith, like Teddy B, played QB in high school, but were recruited to play D.

Three Louisville Cardinals in the first round. Tying Texas A&M for the most. Whoop! 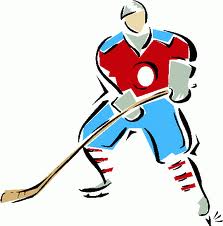 At some point in the evening,5 I turned on the hockey game between the Bruins and Montreal.

Actually I tuned to the NBA playoffs first, but, so dominant were Miami and San Antonio, that I quickly clicked to the Stanley Cup in search of more intrigue.

And, lo and behold, there was a veritable donnybrook between the Habs and Boston. With ten minutes to play in the 3d, it was 0-0. Which means it was balls out the rest of the way.

The game ended scoreless. Sixty five shots evenly divided (33-32) between the teams and nary one biscuit in the basket.6

Sixty minutes without a tally. Then the visiting Bruins grabbed the W, 1:19 into overtime.

On a goal by Matt Fraser. Playing in his very first Stanley Cup contest. Playing for Boston just a day after being called up from minor league Providence.

Which means his day may have been more exciting than any of those football players, sitting in the Radio City Music Hall Green Room.

Three first round trades. Getting the QB they wanted with the 22d pick, after getting the cornerback they wanted, trading down from #4 to #9.

Jon Gruden, you listening Kevin Costner, after his beloved Johnny Football was finally taken: “This is better than the movie, ‘Draft Day.'”

Seedy K, after an evening, antidote notwithstanding, of too much Boomer Berman bellowing: “Enough is enough.”

It’s time to get back to watching real sports.