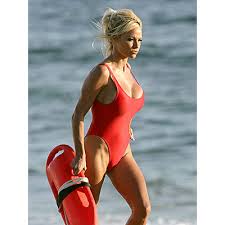 Add the San Antonio Spurs’ offense, during the first 15:52 of their W last night in Game 3 of the NBA Finals.

At that 8:08 mark, San Antonio lead 55-30 against a team hitting 59% of its shots. A team, which just happens to be the two-time defending champs, playing on its home court, where it hadn’t lost since Wolfie’s Deli closed. A team featuring two certain Hall of Famers, including the best player in the world.

San Antonio, as we are wont to say, put on a clinic. This was a John Wooden/ Red Auerbach training tape.

With nary a scowl at the stunned, dutifully whie-clad South Beach crowd.. Nary a pose. Nary a flex. Nary a did-you-see-what-I-just-did bellow.1

You know, basketball “the way it’s supposed to be played.”

Late in the 1st Q, Mark Jackson exclaimed, “Poetry in motion.”2 When SA ran one play with that type of breathtaking precision in a previous game, Jeff Van Gundy described it as “exquisite.” During the flurry last night, he was just about speechless.

Before I go further, that Nicholas Brother video. Trust me, you want to watch this all the way to the end.

That’s how good San Antonio was on offense for the first 16 minutes of last night’s game.

Manu Ginobili: “There were no magic plays, we just moved the ball and every shot went in.”

LeBron James, whose Heat hit 56% for the half, and still trailed by 16, heading to the locker room: “They jumped on us.”

Miami cut the lead to 7 after intermission, but, truth be told, never threatened.

Only the most diehard Spurs loyalist could have worried.3

Kawhi Leonard led the way for the winners with his career game.

All while checking LeBron James at the defensive end of the hardwood in his 39 minutes of PT.

In kind of the same way we’re supposed to looooove the Green Bay Packers, because their community-owned, etc, etc, one guy’s opinion — mine — anybody who cares about hoops should love the Spurs.

Is it coincidence that more than half the roster is foreign born?4

Not much It’s All About Me AAU Syndrome on this squad. Don’t be looking for the Spurs to enter the Lance Stephenson “bidding war.”