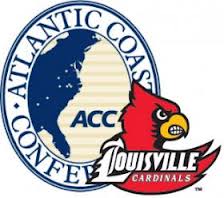 Brad Evans was a dude in full.

A Hemingway character — He eventually drank himself to death after working on barges just for the experience — he was as smart as he was mean, as willing to argue politics as he was to break a bottle of Sterling over your head in a bar fight.

The transfer from Wofford played line for Frank Camp’s Cardinals in the mid not-so-halcyon 60s, toiling in the grime that passed for turf at the one-sided all-purpose facility, passed off as a football stadium, at the State Fairgrounds.

Evans was an imposing presence on the then quaintly bucolic Belknap campus.

He could rouse the rabble with the best of them.

In that capacity, he led the several hundred or so protestors who marched to The Thinker, to rally against school prexy Philip Davidson’s proclamation that the then woefully underfunded municipal university was seriously considering dropping football.

Were Evans still around, I trust he’d be as dumbfounded and exhilarated as I am at what’s happened with U of L sports.

If you, as I, watched Leonard Lyles scamper his way into the Parkway Field endzone, watched Vlad Gastevich grab a rebound against Eastern Ky at the Jefferson County Armory, you understand that what happened today borders on the incomprehensible.

The University of Louisville is a full time member of the prestigious Atlantic Coast Conference.

Take a moment. Savor that truth.

As AD Tom Jurich, the architect for the move, said at today’s dog and pony show press conference heralding the conference upgrade to top shelf, “Little brother is now 6-5, 295 and runs a 4.6.”

Little Brother is now A Man In Full.

If there remain any doubters out there, any nagging nabobs of negativitude, who might think the Cardinals not worthy, consider this reality.

Since 2007, U of L is the only university in the country to have participated in multiple BCS bowl games, College World Series, and men’s and women’s NCAA Final Fours. 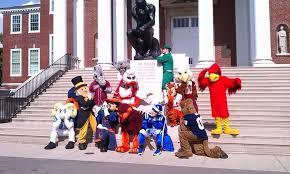 That said, for a guy who has been bleeding red & black for half a century — me — listening to the platitudes, looking out at the football field with the ACC logo and the pressbox adorned with U of L/ ACC banners was, no other way to say it, way cool.

The mascots from the league’s schools are in town.

They greeted the press and, high fived special guests this morning as the celebrants entered the football complex roll out.

President Ramsey often invokes the phrase, “amazing academic trajectory,” to describe the educational side of the university’s mission.

As stellar as that may be, it doesn’t come close to the strides U of L has made on the fields and courts and pools and tracks.

Louisville is a playa, baby, and the fun has officially begun.

4 thoughts on “Louisville Cardinals in the Big Time Now”