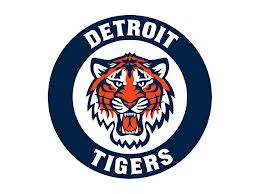 Ernie Banks recently graced the cover of a Sports Illustrated Where & How Are They Now? issue. The next time out, the ‘zine featured lovely, heartfelt essays from writers of note, sports and otherwise, in which they wax poetic about the baseball teams they revere. Many are filled with melancholy. The national pastime can be cruel for those who have sworn fealty.

In response to the Banks story, I sent a craftily-worded letter to the editor, telling the sweet tale of my moment with Ernie Banks and his response to a barb from Harmon Killebrew, I heard when tagging along with the Hall of Famers as they toured the Louisville Slugger plant during its opening night celebration.

SI chose not to print my letter.

Nor did they ask me to contribute to the “My Team, My Town” essay section.

Had the mag done so, here’s what I would have submitted.

It’s a ballcap in Tiger orange, which is neither my color according to the charts, nor my favorite shade to wear. But it’s adorned with a ’35 World Series logo, and, given its brightness, draws attention, something which I do not shirk away from.

It arrived the day after the All-Star game. Immediately before which, the Tigers had lost.

When Miggy Cabrera went yard in the Summer Classic, and Max Scherzer scored the W for the AL, life was good.

Such feelings are always dampened by the sense of doom that pervades one of baseball’s storied franchises with but four World Series crowns after all these decades, none since Bless You Boys in ’84, three friggin’ decades ago.1

Will Miggy’s nagging groin tear ruin his second half? And, Scherzer –now Detroit’s ace, since Justin Verlander’s precious bodily fluids have been sapped, his fastball lost somewhere in GF Kate Upton’s cleavage — is surely gone as a free agent to the highest bidder after this season.

I’ve never been to Comerica Park.

I saw only two Tiger games in Briggs Stadium. The first was a 3-4 loss to Cleveland in April, ’56, when Frank Lary gave up two in the top of the 9th –a harbinger of lifetime disappointment? — and got only one back in the last at bat. Of the second visit, I have no memory other than it was on a visit to see family sometime in the summer of ’62, against Kansas City2

There’s an explanation for my seriously limited in person Tiger experience. I was born in Motown, but my family moved away in 1948, when I was but three years old.

But they’re still my team.

So I have a t-shirt in Tiger colors, celebrating The Corner, Michigan & Trumbull, now but a vacant lot, where Briggs Stadium, at its origin called Navin Field, in its final years, Tigers Stadium, once stood.

I wore it to a recent SABR gathering at a Bats game, thinking it might get at least a smile or nod. It was a hard core baseball crowd. Nothing. Fandom, adulation, it’s a personal thing.

Years ago, I sprung for a Mitchell & Ness 1909 Detroit Tigers throwback. The big collared look dazzled me, when I saw how stylin’ Brandon Inge looked in it at the hot corner during a Game of the Week telecast. Operative word: Hot.

M & N are known for being authentic. It’s a legit garment fashioned from the the wool of its era, a fabric prone to cause immediate rash. Very hot and extremely itchy to the touch, It provides ample explanation for Ty Cobb’s cantankerous mien.

Yes, you might note, despite that pre-All Star game L, Detroit was still up 6 1/2 up in the AL Central, the largest division lead in the bigs.

For the inveterate fan, that is of little succor.

After the break, the Tigers lost three straight to the surging, division-rival Indians.

The last one of that streak was televised. A back and forth affair. Detroit plated a run in the bottom of the 2d. The Indians knotted it in the top of the 3d.

Cleveland scooted ahead in the top of the 6th, on Chris Dickerson’s second solo shot of the game. Austin Jackson tripled in Eugenio Suarez to tie it up in the bottom of the 7th.

Joba Chamberlain continued his quest to prove the biblical bearded strength of Samson to be scientific fact by pitching a perfect 8th.

At this juncture, I’ll spare you the details of the Indian 9th. I know them by heart, having seen them play out before my eyes — while wearing my new mojo-bereft ballcap — and have read the details too many times in prep for this piece. They’re simply too painful to recite.

Joe Nathan, the latest of a recent spate of underperforming Detroit “closers,” gave up three in the 9th, his 5th, or was it 6th, blown save of the season.

So, all I can see from under that orange visor are visions of 2006, when the Tigers won the pennant, but lost the Series in five to St. Louis. And visions of 2009 when they failed to make the post season, being the first team in MLB history to blow a three game lead with four to play. And 2011, a year they won their first AL Central title, but lost to the Rangers in the ALCS. And 2012, when they were AL champs turned World Series chumps, swept by San Francisco, being shut out twice and batting .159.

I would be remiss were I not to mention José Valverde, a recent Tiger closer who, when it mattered, couldn’t close the door to a toilet stall. Or, his successor, Joaquín Benoit, who wasn’t much better.

Plus I keep thinking of former Tiger Fernando Rodney, he with 27 saves and a 2.60 ERA this season with the Mariners. Ouch.

Why, in the spirit of Detroit’s olde English D, one of the most iconic letters in all of sport, can’t we get a closer?

Apparently I’m not the only one ready to give up on aging Joe Nathan, despite his 341 career saves coming into the season. Just this very day, Tiger Exec Extraordinaire Dave Dombrowski gave up two young phenoms for another late inning specialist, Joakim Soria.

Dombrowski: “It was a necessity. We needed to do something at the back end of our ’pen.”

To make sure Detroit fans know he can feel their pain, Dombrowski reiterated, “It was important for us to get somebody who could pitch late in the game.”

Hopefully, Soria will erase the memory of those, who took the mound before him.

Hope springs eternal. Especially when, despite late inning pitching iffiness, one’s team is still 6 1/2 games ahead in arguably MLB’s weakest division. But, given the heftiness of Detroit’s offense, it’s about the post season, another World Series crown, the rejuvenation of my home town.

My new ballcap hasn’t been mothballed.

The Ty Cobb throwback is clean and ready for the playoffs. Along with an all-cotton, long-sleeved shirt to wear underneath for skin protection.

I think I’ll wear “The Corner” t-shirt during my jog tomorrow.

I’ll think of Aunt Martha, who took cousin Eddie and me to watch Al Kaline in that game in ’56. It was a several walk block to the bus stop. Two transfers. We sat in the bleachers even though the box score says there were only 3700 in attendance that day.

The current late inning heartache in July won’t mean a thing when my Tigers, with home field advantage thanks to Cabrera and Scherzer, capture their 5th World Series title this fall.

1 thought on “My Town, My Team: Detroit Tigers; A Respectful Homage”