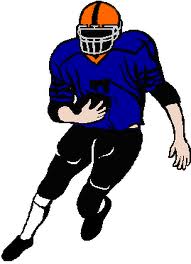 The score was 45-0, or something like that. It’s really beside the point.

So too that former president George W. Bush flipped the coin. Though it was a nifty gesture. And W seemed to be having a grand ol’ time, such events being truly his default mileu and all.

It was the inaugural game at McLane Stadium the school’s spanking fresh new football palace.

Some of the stadium’s stats, when compared with those of the Bears old home, tell the tale of modern big time college athletics.

As if we don’t already know the score.1

You might say the old Floyd Casey Stadium died of terminal lack of concessionitis.

Another peripheral cause of its demise was, perhaps, lack of gastrointestinal release facilities.3

Bottom line. More expensive seats, if less total overall. More than five times the number of places they can sell stuff. And more accommodations if nature calls during a game.

The future is now.