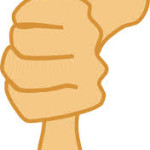 Somewhat lost in the miasma of the Ray Rice/ Roger Goodell calamity, is the NBA’s latest racial embroglio.

Seems the co-owners of the Hawks don’t like each other. The good guy, by most accounts, is stepping down, selling his interest. The bad remains. At least for awhile.

Coming out in the discovery of these divorce proceedings is a tape with Ferry, making some seriously derogatory, racially stereotypical comments about Luol Deng.

He says he was just reading from a report, when the team was considering a trade for Deng.

I dunno. But I do know this. If he loses his job, it’ll be just all right with me.

I haven’t liked the guy since he took that bush, cheap shot at Jeff Hall.

Big corporations rule the world instead of governments.

No I’m not talking about “Rollerball,” though I could be. Nor of Gordon Gekko and “Wall Street,” though there are similarities.

I speak, of course, of the NFL.

And I don’t know that there’s a thing I can add, that might provide some new, unique insight into the whole Ray Rice situation.

What he did was despicable. Criminal actually. No excuse. Send him and his cancelled contracts worth millions packing.

The question beyond that banishment, which should have been a fait accompli but wasn’t, until TMZ showed up with the tape, is . . .

. . . What did NFL commissioner Roger Goodell know, and when did he know it?

And, if he really, truly, scout’s honor, didn’t know until Monday the extent of Rice’s abhorrent assault in an Atlantic city casino elevator on his then fiance now wife, why the hell not?

Football, as fascinated with it as America is, is a brutal game. Played by brutish fellows, most of whom are willing to sacrifice well being and life span for Sunday afternoon (Thursday night, Sunday night, Monday night) glory.

Such endeavors exist, even in reasonably sophisticated societies as ours.

We love to see our gladiators and lions mixing it up in the arena.

So those that run the sport, for considerable profit given the populace’s raging need for the action, have become somewhat impervious to criticism.

Roger Goodell shall not be having a Tricky Dick news conference any time soon. He ain’t goin’ nowhere.

And neither is pro football, as violent a sport these days as there’s been since, well, since the glory years of jousting.

As long as you and I are willing to suffer three minutes of beer commercials before every kickoff, and Jake from State Farm after every kickoff, there are going to be mean spirited guys like Ray Rice and Ray Lewis playing the game, and prevaricating types like Roger Goodell running it. 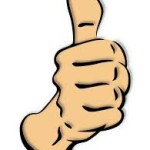 Our love for football notwithstanding, basketball recruiting is our second favorite sport in these parts, trailing only the game we love beyond anything, college hoops.

And these are good times for U of L Cardinal fans.

Rick Pitino and Jeff Walz have both reeled in what appear to be top 5 or better classes, future student athletes to matriculate to the Belknap Campus next autumn for study and sport.

Let’s keep our fingers crossed they all keep their commitments, study hard and pass all the required courses.