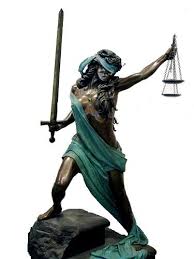 There’s already a well used term for it in the world of sport.

For the moment, play, player or personality that causes the plates to shift. That cause a paradigm reversal.

On the field, there was Babe Ruth introducing home run baseball. Dr. J and Pistol Pete making flair fashionable on the hardwood. Johnny U and Raymond Berry inventing the two-minute drill.

Off the field, there was Pete Rozell, a huckster who turned play for pay football into a national obsession. Curt Flood, who dared challenge professional servitude. ESPN for inventing 24/7 sports.

The guy cold cocked his fiance in an elevator. And the resulting hubbub is causing a sea change nationally, perhaps globally, in how society deals with domestic violence.

This problem of long standing is out of the closet. The door shall not be locked again. Smokescreens are no longer allowed.

Neophyte Florida quarterback Treon Harris celebrated his school’s victory over Tennessee last Saturday by allegedly imposing his joy on an unwilling coed. Had that happened last season, chances are we wouldn’t know a thing about it, and Harris would be back calling signals for the Gators come this Football Saturday.

But he’s suspended, like many others who have violated the trust women deserve to have with the men they are in contact with.

Imagine if the current, long necessary but long sublimated attitude were in place a year ago. Jameis Winston would not have a Heisman Trophy in his dorm room. Florida State would more than likely not be defending BCS champ.1

Enough players lose money or playing time or scholarships; enough players end up with jail time rather than counseling and a wink from the D.A. and his A.D., and the indefensible violations of women will stop.

At least in the world of sport. Hopefully there will be a trickle down effect.

And it’s about damn time.