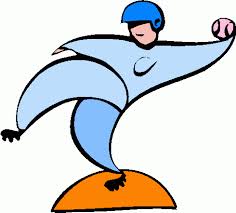 Is that some new drug that’s propelling one of MLB’s Final Four?

Kinda. But what immediately comes to mind when this acronym HDH is mentioned, for me anyway, an inveterate rock & roll junkie is: Holland, Dozier, Holland.

That would be Lamont Dozier, and the Brothers Holland, Brian and Eddie. Who were the Motown Records geniuses, responsible for such hits as “Please Mr. Postman,” “You Keep Me Hangin’ On,” “Heat Wave,” “Stop! In The Name of Love” and the proverbial many, many more.

But, for the moment anyway — After all, it is October, which means baseball’s post-season — those songmasters shall have to step aside.

The HDH du jour is/are Kelvin Herrera, Wade Davis and Greg Holland. (The latter of which may or may not be related to Brian and Eddie.)

Who, you will know, if you have been so worried about not getting to see every moment of Midnight Madness from Lexington, or have been overly fretting about who will start at QB for the Cards, or are wondering whether Infamous Jameis is going to suit up against the Irish Saturday before calling your bookie,1 constitute the shut down bullpen of the surging Kansas Royals.

Everybody who saw this coming, raise your hand?

That’s what I thought.

It’s becoming a daily thing. Even Monday’s deluge in KC couldn’t wash away the Tinkerbellian magic dust over the K.

The Royals now have four chances to win one and move on to the Series.

If the trend continues, it doesn’t take math savant Nate Silver to figure out, the deal could be done by the end of this afternoon’s game.

Because the Royals do not need HGH. They are mainlining HDH. Which seems to be elevating their endorphins just fine, thank you very much. Thus they don’t seem inclined to get off that stuff.

It is reported that the NBA is considering, shortening its games by four minutes. Eleven minute quarters.

Which would apparently reduce the number of minutes a team plays over the course of a regular season by the equivalent of seven games.

Seems kind of a silly way of achieving the intended purpose to me. Which, or so it is hypothesized, will lessen the wear and tear on players.

My take. It’s only going to reduce the time of subs.

Stars shall continue to get their minutes as stars do.

If how to reduce wear and tear and fatigue over the course of the regular season is the question, shortening the season by a dozen or so games is the obvious answer.

NBA commish Adam Silver has made nary a false step so far in his young administration.

It’s going to be fascinating to see if he and his minions can come up with a reasonable metamorphosis that will satisfy the player’s association, the owners, Bud Light, Sir Charles, the enigmatic NBA acolyte Bill Simmons and the Ghost of George Mikan.

Eleven minute quarters is not the answer.