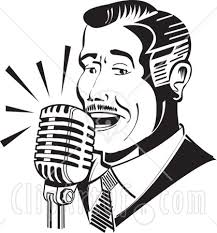 Lots of intriguing matchups on the telly last evening.

Hoops and pigskin both.

KC’s Chiefs got trapped in Oakland. Just like Jaws said couldn’t possibly happen. (Wilbon had it on PTI.)

IU was feisty in its W over Larry Brown’s overrated SMU Mustangs at Assembly Hall. Won’t it be fun to see how The Rick defends that Blackmon Jr. sharpshooter, when the Cards face the Crimson & Crean on 12/09 in MSG.

I also checked in on the Duke/ Carolina football game. (More about that in Part II.)

I wanted to observe Syracuse vs. California from the Gahhhhden, playing in another of those made for TV tourneys. The Orange are/is a conference rival again, so I wanted to gauge their prowess. And the Golden Bears are now coached by Cuonzo Martin, who escaped Rocky Top with his dignity intact.

Cali bashed ‘Cuse by 14. Unfortunately I wasn’t able to bring myself to watch but a couple nanoseconds before clicking away.

Vitale, a genuinely nice fellow, a guy who has helped make college hoops one of the major American sports, a man who has done much good through the Jimmy V Foundation, should now retire.

Of course, he won’t. At least until the powers that be at ESPN pull the plug, realizing that fans like me and many of you are turning off games because we can’t stand Vitale’s caterwauling anymore.

I did bear a few moments of his during the Duke/ Sparty matchup Tuesday night. What became immediately clear is that he’s more out of control than ever. Rarely did he offer any insight on the action taking place. It was all his favorite freshman in the Mountain West, the best SFs east of the Hudson, carping for the umpteenth time about the one and done rule,2 etc, etc.

Bless Dan Shulman, Vitale’s partner, who is able to navigate those turbulent tirades, maintaining focus on the game at hand. He’s a pro’s pro.

There was a time when Vitale was fresh and charming. That started with his debut in ’79 and lasted a few seasons. Since then he has year by year become a more grating caricature of himself.

The time has come to say goodnight. If he had the sense to call it quits on his own, he could spend the season doing the Derek Jeter tour, being feted at each of his stops across the land. But he’s said he’s not ready.

It’s obvious that ESPN is easing him out. In such as those big time doubleheaders like Tuesday’s “Classic,” he’s assigned to the undercard now, replaced by Jay Bilas for the feature.

Even Tim McCarver realized he’d lost his mojo on Fox MLB telecasts and stepped down. It’s long since time that Dick Vitale, who shall always be beloved as the PTP Ambassador of the game we love, to emulate him.

As much as we love to hate Blue Devil basketball,3 Duke’s football team, long a doormat, at least since The Ol’ Ball Coach moved on, was last season’s surprise darling. David Cutcliffe’s team went 10-4, and played the mighty Texas Aggies down to the wire in a 48-52 bowl game setback.

It appears that Peyton Manning’s former QB coach at Tennessee might pulling off at Duke, a long time pigskin bottom dweller, what Bill Snyder did at similarly situated Kansas State, which was once the losingest school in big time football. Though Cutcliffe was performing his transformation with considerably more grace than the ever curmudgeonly Snyder.

. . . but they’ve lost their last two. In a not so pretty fashion. A week ago, Duke fell to woeful Virginia Tech. At home. Then, last night, in front of Rece, Jesse and David and a full home stadium, they were battered by down the road rival Carolina, 20-45 in a game that wasn’t close to that close.

Duke was so bad that, at one point, either Palmer or Pollack observed, “This looks like Duke of five years ago.”

The upside is the Blue Devils won’t be led to slaughter in the ACC Championship Game against the Seminoles. Georgia Tech has won that privilege.

And, one supposes, the random, contrarian Duke fan who might have been heard uttering, “Duke’s a football school,” will shut his/her trap.