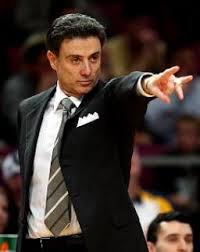 Since U of L met Michigan State in the Elite 8, I’ve had some email communications with an old pal, who lives near Motown and is a major Spartan fan.

When he sent me a condolence email after his team’s W, I told him it wasn’t necessary, that U of L had overachieved, and I wasn’t despondent. I added that the loss is easier to take since I, having been born in Michigan myself, have long been a fan of Sparty.

And, Izzo in particular.

In fact, I wrote, as good a coach as Rick Pitino is, I’d trade him even up for Izzo right now.

(Actually I went on, and said I’d trade Pitino and Petrino for Izzo and Dantonio, and I’d throw in an Asst. A.D. and a volleyball coach to be named later.)

It’s not that I think Izzo is a better coach than Pitino, though he might be. And, I’m advised by a national scribe who has been privy to practice sessions of all the major programs, that Izzo is as tough, perhaps tougher, than Pitino on his players . . . in the privacy of practice.

What Izzo doesn’t do, at least that I’m aware of, is disparage his players in public, bad mouthing them through the media.

Have you noticed how many times the Spartan mentor will pull a player from the game, and will be chastising him with vigor at the bench . . . while the player is standing there with his arm around Izzo’s shoulder? Well, I have. 1

All of which dismissive dynamic is why it surprises me not in the least that U of L seems to average considerably more transfers out than any of the other big time programs.

Several times, during this topsy turvey season, Pitino has taken the opportunity to publicly declare how unhappy he was with Anton Gill, Shaqquan Aaron and Chinanu Onuaku, using language most dismissive.

He did it again yesterday in his post-season press conference, when asked about Gill and Aaron.

So, imagine our surprise, when, but a few hours later, Gill announced he was transferring. Joining fellow recruiting classmate Akoy Agau, who moved on mid-season.

I’ll be flabbergasted if there isn’t an announcement in the next few days, that Shaqquan Aaron is moving on, that U of L has given him his release, and wishes him well.

There is also innuendo afloat that Chinanu Onuaku, who started at center most of the year, might be taking his talents elsewhere.

It is a now an almost annually recurring phenomena I’ve dubbed, “going Roderick Rhodes.” Which honors the first time I recall Pitino deep sixing a player, who didn’t meet every one of Pitino’s expectations.2 As a pal astutely observed, “Pitino knows how to cut bait.”

So, the Louisville coach acknowledged yesterday he’s looking to add one to three players to a recruiting class that already numbers four.

Truth is Louisville under Pitino has had as much turnover as some of the one and done schools that come to mind.

Of course, in these modern times, with all the recruiting hoo hah and pressure of playing big time college sports — at least in football and basketball, the money makers — the epidemic of transfers can’t all be blamed on coaches. Teenaged kids are pressured into ill-advised school choices.

But, but, but, in Louisville’s case, it appears that a more nurturing environment, less trying to motivate through negative public “reinforcement,” might stem the tide of Cardinal abdications.