What did Baylor’s Art Briles know about the sordid past and present of Boise State transfer Sam Ukwuacho? And when did he know it?

I was reading up on Kentucky’s football prospects for the upcoming campaign recently, at an outlet that covers the Wildcats.

And couldn’t help but smile, when the season preview heralded that UK would be playing its first Thursday night game this season. Against Auburn on October 15.

The mention of the game was worded in a way, that indicated it was a big time thing, a step up to prime time for Mark Stoops’ Cats.

It wasn’t so long ago that UK fans couldn’t trash U of L enough for the games “little brother” played during the week . . . instead of on Saturday, the way the football deities meant for it to be.

In fact, the whole ever haughty SEC kind of adopted that attitude . . . until the Benjamins started to arrive for weeknight games.

Guess that Tom Jurich kind of knew what he was doing all along, eth?

In fact, such is America’s infatuation for rock em sock em football any day of the week, that CBS couldn’t sign a deal fast enough last year to add a Thursday night battle to its prime time lineup. It’s on again for more cloying Jim Nanz x 2 this season.

And, apparently, the network is distraught that the NFL wouldn’t sign a longer term contract. 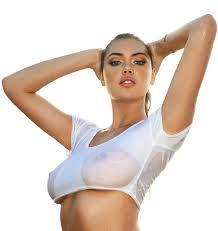 Detroit Tiger pitcher Justin Verlander came within three outs of a no no last night against the Angels.

Which is a bummer.

Lost in that lament is how important it is for Mr. Kate Upton to pitch so well.1

I know one Tiger fan who is heartened: Me.

Finally made it out to jerryrigged Slugger Field to watch Louisville City play soccer.

They bested Orlando City’s second team, 3-1. In front of the biggest crowd of the season, just under 10,000.

The crowd was rowdy, fun.2 And, generally into the game.

It was, of course, odd watching the match on a retrofitted patchwork pitch made from a baseball field. Hopefully the club can find some money and build its own stadium soon.

College pigskin is just a week from kickoff.

You can read my preseason predictions here.

Starting next week, I’ll be picking five major games a week, and provide you, my loyal readers, with all the winners.