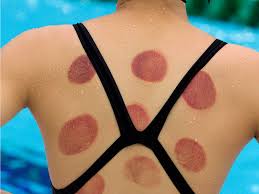 Tebow Weary. No American athlete, save for recent HOF inductee Bret Favre, has taken longer to accept that the end of the line as a top level athlete is nigh than Tim Tebow.

The former QB is, by all accounts, a man of abiding, legit faith. Which we know because the former Florida Gator Heisman winner wears it like a Thursday throwback jersey from his predecessor Steve Spurrier.

Here’s what defines Tebow’s character: Hubris. No need to look it up, I’ll define it for you.

Excessive pride or self confidence.

After his short run as a mediocre NFL QB had run its course, Tebow, who coulda kept playing in the League, had he been willing to switch positions, said No.

To which, all the teams in the league replied, don’t let the door hit you on your way out.

Now Tebow’s people have announced Mr. Timmy is gearing up for a major league baseball career. Even though the last time he played the game was in high school. In 2005.

Timmy, I got one word for you: Michael Jordan. Who was a transcendent athlete of supreme confidence (well earned), and learned in the minors where he hit .202, during his ill advised attempt at the National Pastime, how foolish it was to think teenaged success might translate against high heat and a wicked cutter.

I wouldn’t be looking for Tim Tebow’s name on a MLB lineup card soon. Or later.

But I wouldn’t be surprised if he shows up to try out for the USA bobsled team for the next Winter Olympics.

The Other Olympics. You’d never know it, if you watch only NBC’s prime network coverage of the games from Rio.

But, just by dumb luck, I learned something about the games you’d never get from Bob Costas.

There are competitions, lots of ’em, where countries play each other, and neither is the United States. No, really, I’m not jivin’ you.

As I write, I’m watching an incredible table tennis match between a guy from Belarus and one representing Germany, although the latter is apparently a Russian ex-patriot. There was actually a medical break, after the Belorussian fell and slightly injured a rib, causing a significant delay in the match. And the 40 year old Vladimir Samsonov, who needed treatment between each game, won the match 4-2 to advance to his first Olympic semi ever.1

That’s what I’m talkin’ about.

I’ve watched Brazil’s men play two scoreless soccer games, much to the chagrin of the entire futbol-obsessed, increasingly suicidal host country. And Croatia upset #2 ranked Spain in a marvelous basketball game. And I’m on pins and needles awaiting a team handball match between two powers, neither of which I may have heard of.

Yeah I love Katie Ledecky, Rowdy Gaines doing the exuberant calls of her swimming victories. And Michael Phelps in the pool, and with that serious scowl in the warm up room due to his feud with Chad le Clos. And Hoosier Lilly King’s smackdown of that Russkie doper for the 100 breaststroke gold. Oh yeah, the USA Women’s Gymnastic Squad.

But I loooooooove the minor sports and competitors we don’t get to savor but once every four years.

Then There’s This Stunning USA Olympic Moment. Our Homeland is not one of the favorites in Women’s Field Hockey. But the ladies have started the pool competition with two upsets, including one against powerful Australia.

To do so, they came up with some major trickeration. You can watch the highlights here.

And, though I can’t stay up that late, I love that there are midnight two on two volleyball matches at Copacabana Beach. Partayyyy! 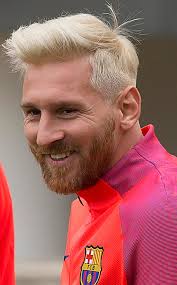 Freelancer Gary West wrote a sweet remembrance of Blanton Collier for the C-J, which you can read here.

Chas Barkley chats up Nick Saban. We love Chuck Barkley right. Because he’s comfortable with himself, speaks his mind, and is one of the most entertaining sports guys on TV.

Nick Saban is the antithesis. Uptight on screen with a mic in his face. Introverted and myopic.

But . . . put them together, and . . . it’s an engaging conversation. Which was filmed in Alabama’s basketball arena, which CB enters, wearing an Auburn hat.

You can watch it here.

Tubby’s Get. Tubby Smith is coaching the Memphis State Tigers these. It’s a decimated program. The cupboard was really bare when Orlando arrived. Especially in the front court.

So it was propitious when Smith inked graduate transfer Chad Rykhoek the other day, which will give the otherwise small Tigers some chance of getting a rebound.

What’s fascinating is that 6-11 Rykhoek, because of medical and other issues, has never played a minute of college basketball.

Sports Illustrated Update. SI.com has finally overhauled its website. Long overdue. Until the recent change, the site was confusing, unreadable.