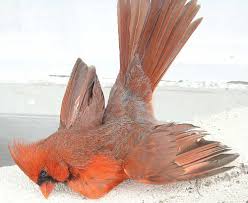 Ahhhh, but you who philosophize disgrace and criticize all fears/ Bury the rag deep in your face/ For now’s the time for your tears

There have been umpteen more conflicting contemplations roiling about in my head and heart, since the recent announcements about malfeasance at the Foundation and the basketball penalties and the defiant, in your face response by the powers that be at U of L to NCAA sanctions.

I had essentially decided to abstain. I was tired of thinking about it. There’s been enough said already, it seems. What does one more opinion matter?

But, for some odd reason, and honestly I’m not sure why, I’ve been implored by readers and fans for my opinion. Beats me why, to be frank. I’m simply a half century U of L Cardinal acolyte, a double alum, a guy with too much vocabulary but enough knowledge of Word Press to type out some opinionation and click the publish button.

But my take on the matter is no more valid than anybody else’s.

But the gauntlet has been thrown down.

One loyal reader, wondering why I hadn’t weighed in, accused me of being “blinded” by my loyalty.

Another said my failure to address the untoward situation was an “abdication.”

As if I were Edward VII and there was a Mrs. Wallis Simpson obscuring my vision.

So, here goes, what I feel, short and quick.

For all your many good deeds while captain of the ship, what turned you into Bernie Madoff?

To the power brokers in the athletic department, what happened to reason during the recent “branding” and build up of U of L sports?

Here’s how you displayed your empathy with the Cardinal hoops faithful , long time fans now facing a record book erasure of the 2013 NCAA hoops title: A ticket price INCREASE for next season.

How, uh, sweet and understanding and compassionate.

A ticket price increase at this moment of ignominy? Really?

And, to the coach, who got a token five game suspension, which is not even a slap on the wrist, but more granny wagging her finger at you because you ate one of the snickerdoodles she baked for her quilting bee, be a stand up guy and take the punishment like a man.

I, like most, truly believe you didn’t know what was going on, but you’re in charge. The meretricious Minardi shenanigans happened on your watch. Rules were broken. Serve the minimal sentence and move on.

As for Andre McGee, well, I’ll ask you the same thing I inquired of Ramsey, WTF? What could you possibly have been thinking? In the wake of late season meltdowns against Michigan State, California and Morehead State, was the pressure from above to ratchet up recruiting that intense?

Truth: That ’13 title will more than likely be wiped from the NCAA’s books. The banner will be ordered down from the rafters and mothballed.

But, you know what?

The Cards won that championship. On the hardwood. Fair and square.

Luke Hancock netted those four treys in a row.

Jim Nantz indeed exclaimed, “And just like that, in the blink of an eye, Louisville comes from twelve back and takes the lead.”

Peyton Siva played the most relentless forty minutes of any Cardinal in any game in the school’s storied hoops history.

It’s on tape and entwined in the helix of the DNA of all true Cardinal fans.

There’s not an eraser large enough to eradicate what actually happened.

That win, that fairly won crown, lives in my/ our hearts and souls.

It matters not a whit to me what the NCAA chooses to do.

Louisville will forever and always be the 2013 national champion.

The legacy of the school I attended, and basketball program that has been the love of my life since 1952, is indeed tarnished.

But we shall forge ahead.

My loyalty is true and deep.

But I ain’t goin’ nowhere.

And neither are the University of Louisville Cardinals.

20 thoughts on “Troubles in the House of Cards”