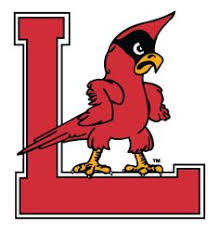 There’s a singular question/ complaint I’ve heard way more than any other this week.

And I suppose, bless her heart, it’s all Asia Durr’s fault. Interest in the women’s team has rocketed skyward, after her school record scoring blast last Sunday.

“How come there’s no story in The Courier-Journal about the U of L women’s game?” (I’m hangin’ on the “The” and hyphen, though I don’t know why.)

“The paper didn’t even run the box score of Louisville’s win at Ohio State.”

While the once great newspaper has some reporters that are good, are professional and care about getting the stories and reporting them, both in the sports department and on the news side, the C J sucks.

It is full of typos. What news there is, for the most part, is sparse. It is as if Gannett doesn’t want you to buy and read the paper edition. I haven’t subscribed for years. It is seriously sad.

The paper covers the men and football and UK pretty well, Louisville FC, but that’s about it for sports. The web site administrators seem hell bent on cornering the market on pop up ads.

As for women’s sports, others too, if you’re a Cardinal fan, head to gocards.com, the school’s site. There will always be some stories, and the box scores. And, I’ll always be around here at seedyksports.com for pithy commentary, and at Mike Rutherford’s cardchronicle.com, which covers the U of L scene with a gangsta lean.

Interesting doings down Arkansas way that could possibly affect U of L.

The Razorbacks just fired AD Jeff Long, even though he’s considered one of the top ones in the country. Sound familiar?

Anyway, it puts him out in the marketplace, for any schools looking for an AD to consider. Sound like a situation close to home?

I have no knowledge of what’s going on behind the scenes at U of L. It appears Vince Tyra is cherishing the moment and taking charge. I have no idea if he’d like the job permanently. I have no idea if the school is waiting to name a new prexy before permanence is addressed in the Athletic Department and hoops program.

But, if they look elsewhere, Long would certainly be someone to consider.

A twist to the story: He was the guy who fired Bobby Petrino at Arkansas. Given that most fans don’t care about anything but winning, and Bobby P was doing that in Fayetteville, there are many Go Sooey Pig diehards who never forgave Long for getting rid of BP.

And, my guess is Tom Jurich’s name shall come up in any conversations about new ADs. At Arkansas or elsewhere.

Round and round she goes, where she stops, nobody knows.

While watching Duke handle Michigan State the other night, I couldn’t help but notice how Mike Krzyzewski, an inveterate man to man guy, went zone. His team is long and lithe, and it worked.

So, of course, I thought of another team that’s long and lithe without a banger. A team whose defense has been noticeably less than dominating early on.

So, yeah, it will be fascinating to see if David Padgett scraps the man to man he’s been running, a D that’s allowed an inordinate number of layups, and go to a zone?

Were I a betting man, I’d guess such a change would be coming sooner rather than later. It doesn’t have to be that complicated scheme imposed by Padgett’s predecessor. A Boeheimish 2-3 might be effective.

OK, so I misspoke. And thus am here to rectify an egregious error.

In my report on U of L’s opening game victory over (George) Mason, I mentioned how sweet it was to see Rob HIckerson leading the C A R D S cheer from up in the corner of the gym. Like the good ol’ days at Freedom Hall.

For reference purposes, I credited Hickerson for inventing the cheer. Erroneously so.

Ironically, in a FB message, it was one Charlie Gabriel who pointed out the mistake.

Ironic, because I almost referenced Mr. Gabriel in my lede. Because the sight of Hickerson reminded me of another stalwart from the halcyon days of Cardinal hoops. I’m talking the Unknown Musician. And I was going to write something about maybe we need that paper bag headed wacko to one more once slither around the court during a time out.

The irony, of course, is Gabriel was, and I suppose in his heart remains U of L’s Unknown Musician. Who was a member of the school’s crack — some say, cracked — pep band. Which ensemble was the inventor in fact of that still iconic C A R D S cheer.

Gabriel also reminded me that I had correctly attributed the cheer in a piece I wrote for LEO years ago about his alternative personality that captured the hearts of Louisville hoops fans.

Oh how a once cogent mind is a sad thing to lose.

Mea culpa maxima. I am wearing hair shirt while typing this screed.

Saturday afternoon is probably the last home appearance of the greatest athlete ever to wear any U of L uniform.

Blink, and he’ll be gone.

7 thoughts on “Thursday’s U of L Cardinal Conversation”