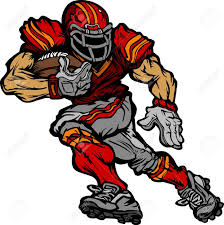 The University of Louisville Football Cardinals, who were whomped up both sides of their heads in Ole Virginny at the door step of Monticello,  are not the only folks who would like to forget last weekend.

There are the promoters of the music festival on River Road as well as old Zeppelin heads who were planning to catch Robert Plant one more once on Sunday, which day of tuneage was cancelled because of forty days and nights worth of rain that fell while David Byrne was dancing and singing in a gray suit instead of Patagonia. Psycho Killer indeed.

Then there’s yours truly’s inner seer who was headed for a truly ignominious set of predictions. Until saved somewhat by a late comeback from the Stanford Cardinal in Eugene. Thanks to that W, and the continued ascendency of the Kentucky Wildcats as projected here, the weekend was merely awful, falling just short of a call to the Haz Mat Squad and a trip to the ER.

Of course, I picked my U of L Cards to prevail. They did not. For some reason which makes not a whit of sense in retrospect, I picked Rock Chalk Jayhawk to prevail at Baylor. They did not. Then there’s U of L’s rumored/ hoped for next coach now at Purdue, Jeff Brohm, proving for the first time this campaign he might be up to coaching at Power 5 level. I picked visiting BC, which couldn’t get away from the Wabash and back to Beantown soon enough.

Before you start to impugn this weekly crystal ball exercise, know that I actually ran into a regular reader yesterday at lunch, who wanted to know this week’s picks in advance, promising not to reveal them until publication.

It’s nice to know at least one reader cares.

Battered, severely enough to go on the IR list, but forging ahead in the name of truth, justice, the American Way and contractual obligations, here are this week’s winners:

Ole Miss @ LSU. There was a time, back in my youth, when what is now known as the Magnolia Bowl, was a really big deal. National title on the line and all that. As in 1959 when the Tigers’ Billy Cannon, his team down 0-3, ran a punt back 89 yards for what was eventually the winning score after LSU stopped the Johnny Rebs one yard from a score as the clock hit triple 0s. The mention of which era allows me to yet again extol the virtues of He Who Is Arguably THE Football Hero of All Time. Bob Khyatt. He was the Ole Miss kicker who dated both Mary Ann Mobley and Lynda Lee Mead, the sorority sisters who won Miss America in consecutive years. Such studliness had this pubescent’s head spinning. Still does, I suppose. The Rebels aren’t bad this season, it would appear. Three Ws, and a loss to Alabama by 55. Which is an improvement. Last season, the Tide rolled by 63. Good Ol’ Coach Ed Orgeron’s Bayou Bengals are undefeated, with two Top 25 victories. Even Archie Manning couldn’t help the Rebs this season. No late punt return will be necessary. Not many teams find autumn Saturday nights in Baton Rouge hospitable. LSU smells the magnolia blossoms.

Ohio State @ Penn State. I did see a pretty cool video this morning. It was of a halftime in Columbus. The band was doing its iconic Script Ohio, and the “I” was dotted by a 100 year old WWII veteran, who was in the Buckeye marching band the first time they performed what is now intermission ritual. So, for a few minutes there, I had a soft spot for Ohio State. Which football enterprise I pretty much loathe now, because of the Pope Urban thing, where he ignored the reality that an assistant was beating up his wife. My problem here is that I haven’t the fondest feelings either for the Nittany Lions mentor. James Franklin is not the most lovable dude. Prickly is a descriptor that comes to mind. But he, like the guy who will be on the other sideline this Saturday in State College, is a really fine coach. Both teams are good. 4-0 good. Trace McSorley’s a boffo QB. Dwayne Haskins is a boffo QB. Same for the defenses and other units. Etc, etc, blah blah blah. Seems to me the Nittany Lions are a might hungrier, ready to jump firmly into the Final Four conversation. Home team conquers.

Stanford @ Notre Dame. To coin a phrase, out of the frying pan into the fire it is for the Fighting Redwoods from Silicon Valley. Last week against the Quack, the Cardinal never led until scoring a TD in OT to steal a W from the grasp of Phil Knight U.. (While talking about Oregon’s over the top luxurious athletic facilities, one of the Game Day guys observed pithily, “Tell you what. Can’t hide money.”) David Shaw and his troops travel this week to South Bend, where they will try to keep their mojo workin’ under the glaring stare of TD Jesus. The undefeated Irish found some fight on offense last week at Wake Forest, with new QB Ian Book emerging. Of course, the nation’s punditocracy is slobbering all over the Gippers since they’ve shown a modicum of potential. Mark my words. Should they best the visitors this weekend, they might leapfrog into Alabama territory. Fortunately, one guy’s opinion, we won’t have to suffer that hyperbole, because it’s not going to happen. Stanford is just, well, steady. And stalwart. Solid. And shall survive.

South Carolina @ Kentucky. Riddle me this? Will Muschamp’s Gamecocks are unranked, and were battered at home by Georgia. UK has vaulted into the Top 20, and, by all appearances, it doesn’t seem a fluke, what with decisive Ws in Gainesville and over Cowbell State. Yet South Carolina started as -1 in Vegas. That didn’t take long to flip. Money talks. Smart money screams. The Wildcats appear legit . . . so far. But I gotta tell ya, those camera shots of Mark Stoops looking befuddled on the sideline tend to sap one’s confidence in the Big Blue. But Myisha Hines-Allen’s brother Josh and sensational RB Benny Snell inspire the whole squad with their toughness and savvy. Plus Stoops appears to have some assistants who might actually know what they’re doing. (Unlike another school around here which shall be discussed in the next paragraph.) What’s impressed me most about UK is how it finished the battles with the Gators and Cowbells, scoring exclamation point TDs late. Wildcats win as they did last year.

Florida State @ Louisville. Pared to their essence, the questions presented to Bobby Petrino at his Monday press conference, were: What’s wrong with your team? What’s wrong with your QBs? What’s wrong with your defense? Boiled down to its quiddity, his response: “I dunno.” As Chester A. Riley would say, “What a revoltin’ development this is.” (Look it up, youngsters, it’s a 50s TV thing.) And BP’s not the only beleaguered coach heading into this gotta win game that ought to be dubbed the Whatsamattawityou Bowl. Willie Taggart’s just getting settled in Tallahassee and the Seminole nation (as opposed to the real Seminole Nation) is already displeased. And peripatetic Taggart still hasn’t emptied moving crates from Bowling Green. And that was three stops ago. Jimbo knew it was time to move on. And not just for the security of a Beemer i8 salary in College Station. The visitors from  FLA are solid favorites, even though they’re already 0-2 in the ACC, and barely beat Samford. That’s Samford, with an “m” and no “t”. If things keep devolving for my alma mammy, I might have to recant my vow never to pick against the Cardinals. But, for now, I project — in a whisper, with the volume turned way down — a bounce back W for U of L.