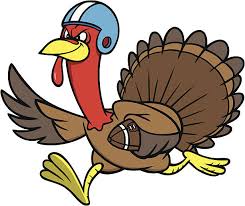 Bookstore Billy has always been ambivalent about the U of L/ UK football rivalry.

He was born in Wisconsin, where he toiled as a tight end for his HS team, nicknamed the Cheesemakers, sharing a mouthpiece with his TE cohort. In various chatrooms, he’s known as Packer or Badger Billy.

He has a degree from UK, where he developed an affinity to the Wildcats, and in some venues calls himself Wildcat Willie.

Yet he lived most of his adult life in Louisville, where his pigskin allegiance shifted to the Cardinals, and was a Louisville season ticket holder for decades until he moved south. Though he never totally abandoned some loyalty to UK.

So, with competing fealties, he always hated this football game, and, inveterate football lover that he was and remains, essentially ignored rivalry day and was grateful when it was over. Last evening during this year’s edition of the “battle,” he was at his five year old granddaughter’s birthday bash.

Which doesn’t mean he was unmindful of the action at Cardinal Stadium.

BB likes to make the occasional wager, laying down a few dinero here and there with his neighborhood barkeep.

When I spoke with him yesterday before kickoff, he invoked the specter of Paul Hornung’s old weekly betting show on local cable, which BB revered. With the spread on the game only a modest UK -16.5, he advised he was going to unbuckle on the Cats. Which terminology was Hornung’s way of implying the game under consideration was a dead lock, and cashing in the 401K for a wager was a wise investment.

Pensioner that I am, never sure if the governmental benefits I earned during my real career will be cut off, I now know to whom I shall turn, should those spigots be dismantled.

Which prattling on, I understand, has little to do with last evening’s inevitability, but is presented for two reasons:

One, UK was indeed a lock. Both to win the game and to cover.

Two, so disturbing was U of L’s undisciplined and inept performance, it is really not worthy of being commented upon. (My contract with SB Nation however requires I do so, and thus I present more than the usual jabberwocky.)

Before I go further, and understanding Cardinal fans are loathe to hear it: Congrats to UK.

Truth is the Wildcats have gotten steadily better each and every season under Mark Stoops, and the nine-win team has clearly surpassed U of L.

Cardinal fans have to wonder: How did this happen? How did it get so bad so quickly?

I’ve been watching a lot of sports for a lot of decades. I simply do not recall a team falling apart so egregiously over a season.

Which leads me to believe that seeds of this implosion were planted several seasons back, before the presence of Heisman winner Lamar Jackson masked the flaws and fissures.

Back to the inappropriate and ill advised rehiring of Bobby Petrino. This is a guy who spent his first stint at U of L looking daily at his next stop, clandestinely meeting with schools while denying it. A guy who was so unsuccessful in his stint in the NFL that he quit in the middle of his first season and skipped town without even telling his troops. And was the very next day announced as coach at Arkansas. Where his reign ignominiously ended when he attempted to deny a motorcycle accident, when he was frolicking in the country with his young inamorata.

Pigskin savant that he once might have been, is this the kind of “leader of young men” you’d want coaching your favorite team?

Not me. Not a lot of Cardinal fans.

That bad, not so instant karma finally caught up with him.

Louisville football is now in a heap o’ heap that really stinks.

Given the increasingly immature, undisciplined demeanor of the squad as this season fell apart precipitously week by week, this is not an easy fix. No matter whom Vince Tyra hires as the next coach.

Which person, it now appears, will not be named Jeff Brohm.

Which doesn’t surprise me a bit.

It’s far from a winning situation for the former Cardinal QB, legacy as he is.

Though it shall be a long haul reclamation project, U of L remains a good Power 5 job. There are any number of really good young coaches out there, among them the next Nick Saban.

Hopefully Tyra will make the wise choice. Hopefully whomever it is, will realize U of L can become a national power, and, if successful, will stay the course. As Bobby Bowden did at Florida State, or Frank Beamer did at Virginia Tech.

This turkey of a season is done. To a crisp.