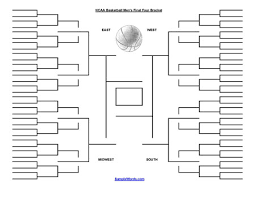 I’ve double checked my algorithms, hacked into the ACC database, perused the conference standings, studied the league tourney bracket, invoked the spirit of Billy Packer, crunched the numbers, consulted Madame Ruth at 34th and Vine, and thus make this prognostication:

The University of Louisville Cardinals will be the #7 seed in next week’s Atlantic Coast Conference tournament. Which, if said prediction is correct, means the Cards will play at 7:00 PM next Wednesday at the Spectrum Center in Charlotte, and on your telly at Spectrum Channel 924.

They’ll play the victor of the 1st round matchup between the #10 and #15 seeds. Which could be any of the six bottom feeders of the league. When I tried to calculate which schools are more likely to settle into those spots, my computer said, “No Mas!”

As long as we are looking and longing toward the horizon, let’s talk about Sunday a week, and the week that follows.

First, allow me to share that I’ve been asked several times a day for the last few weeks, whether I believe the Cards will still make the tournament despite their recent swoon?

The answer is Yes. What fans tend to ignore is what’s going on with all the other schools around the land. Check out the intestinal distress schools like St. John’s, Ole Miss and Oklahoma, to name but three bubble perchers, are facing in the next ten days.

Despite what could have been decimating Ls to Pitt, BC, ‘Cuse, and Florida State, U of L’s resumé appears plenty solid and the team is considered a certainty to make the field.

Thanks to the those Ws over Sparty, at North Carolina, at Virginia Tech and at Seton Hall, the Cardinals have scooted up to #21 in Ken Pomeroy’s highly regarded rankings. The NCAA’s own NET rankings list the Cardinals at #24.

OK, four teams to a seed line, 5×4 =20, 6×4=24, factoring in the peripherals, the unlikelihood of upsetting UVa, the daunting chances of more than two Ws in Charlotte, and I say the Cards get a #7 seed again in the Dance.

Which, imagine my surprise, is the consensus of 127 projected brackets at bracketmatrix.com.

What fascinates me about the whole bracketology thing is how obsessed we hoopaholics are with that process these days.

And how such considerations are subject to an annual Orwellian disappearance from our consciousness about 6:30 PM on the 17th, when we know the real 68, and Seth and Clark commence extolling the virtues of the Sun Volt Conference champion East Arkansas State Chandeliers, and how their opponent Purdue best be ready for “The Best Player You’ve Never Heard Of,” Vesuvio “Champagne Trey” Washington.

Because the second most fun weekend of the year is drawing nigh, title games for the one and that’s all leagues, followed by the Big Boys fighting it out for TV ratings next week, we’ve got time before we break down possible Dance Card permutations.

But here’s the one thing that I’m so looking forward to.

Suppose the Kentucky Wildcats do not leap onto the #1 line. Does the Selection Committee then dare put them in the Louisville Regional?

And how do you think the fan base of the #1 seed in that region will react?

Stayed tuned, kiddos, the funnest time of the year has arrived.