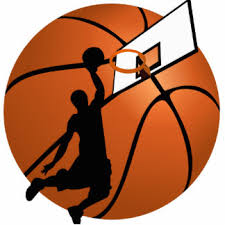 There was the moment when it fell apart for Virginia.

More than any other team in the land, Tony Bennett’s Cavaliers stick to the plan, never wavering from their disciplined, measured style.

Then they didn’t. To ill effect.

Up 57-48 with just under five minutes to play, Ty Jerome had the rock, in the post with a smaller Auburn defender checking him. The Cavaliers usually beauteous offense flow stopped. As his teammates ceased their normal cutting and weaving and picking to watch, Jerome tom-tomed the ball, backing the War Eagle down for a close in turnaround.

He missed. He thought he was fouled. And compounded the disruption and failure to tally by committing his fourth personal immediately thereafter in the backcourt with 4:32 left. Virginia’s catalyst took a seat on the pine.

Bryce Brown netted a trey. Then another after a Samir Doughty offensive board. Then Danjel Purifoy drained yet another second chance three.

Then, after Mamadi Diakite missed two freebies, Brown bullseyed another triple at 1:56. 59-57 in favor of the Bark-leys.

One guy’s opinion, that one little departure totally took the Cavaliers out of their flow. Emboldened, devoid of quit, Auburn took advantage.

Two Auburn FTs, and UVa was down four and :17 seconds from a second seriously disturbing  NCAA tournament meltdown in a row.

The Cavaliers chances of prevailing were about the same as Buddy Holly, showing up as a special guest this week on Jimmy Fallon.

Don’t bet against it.

Ever steely, Virginia never goes away. Almost matter of factly, Bennett’s well-schooled bunch does what needs to be done.

Kyle Guy canned a fallaway threeball from the right corner with :07 on the clock.

Down two, Virginia had the ball to inbound, left side, top of the key extended with :01.5 on the clock. Auburn couldn’t contain Bennett’s cleverly designed inbound set. Guy got the ball in the right corner for a trey. He was fouled. Ball game. There was no way Guy would miss.

So, yeah, the zebras missed a couple of calls down the stretch. (Doughty’s foul on that last FG attempt was not one of them.)

With defeat seemingly a given, Virginia executed. And prevailed. As the Cavaliers have done twice before at the Yum!.

Kyle Guy, the kid who showed up his frosh season with a man bun and a game that observers knew would terrorize the ACC for years, the kid blessed with four nurturing, supportive parents (his mother, stepfather, father, and stepmother are best friends and ever there together for their son), stepped to the line with preternatural confidence and calmly converted the winning free throws.

Interesting aside: Before Guy’s game winning FTs, UVa was only 3/9 at the line.

Call it a tainted victory, if you must.

Virginia did what Virginia does.

Auburn’s hurryin’ scurryin’ Tigers scored zero fastbreak points after intermission, and were outpointed 14-4 in the paint in the 2d. When Virginia had to execute a play with less than two seconds on the clock to get the ball to their best shooter for a chance at victory, they did.

Virginia is on to the final Monday of the campaign.

Where to the surprise and amazement of many, they will face the upstart Red Raiders of Texas Tech.

Their presence is not a fluke.

Mentored by Coaching Flavor of the Moment Chris Beard — Yoo Hoo, UCLA, you paying attention? — the Texans hit 9 of their first 11 shots after halftime. While suffocating Sparty, when Green had the ball, by allowing Cassius Winston no room to roam.

Tech’s once dozen point margin over State had been whittled to a wafer thin digit at 52-51 with 2:54 on the clock, after an Aaron Henry layup.

Lubbock’s most favorite son since the aforementioned creator of “Peggy Sue,” Jarrett Culver, off his feed most of the evening, rose to the proverbial occasion.

He answered Henry with a jumper of his own. Then made a FT. Then cooly swished a trey from the top of the key.

Three more FTs pushed the final margin to a deceptive double digits at 61-51.

Because, after that Henry make, Michigan State. Did. Not. Score. Again.

Monday Night: Virginia vs. Texas Tech. Take the under. First to 50 wins.

Auburn’s Samir Doughty was all class and poise after the game. He was whistled for the foul on Guy that turned it in Virginia’s favor. Doughty was mature, didn’t hide from the phalanx of reporters in the dressing room, and didn’t point fingers or diss the ref who made the call.

One semi-final pitted Tech vs. State. Am I the only one who expected to see Chip Hilton enter the fray?

I understand how promo works, that for CBS this was a commercial venture. But interviewing some boxer at halftime, and shilling for some fight coming up, was seriously lame. Almost as stupid as those loathsome ATT adds with that idiot Paul or Phil or whatever his name is.

I’m an obsessive watcher of PTI with Tony Kornheiser and Michael Wilbon. Love them, love the show.

But, Tony, you were dead wrong on Friday’s show when you blasted the Final Four, calling it “loosely anticipated” because there was no Zion or Big Blue.

B.F.D. The semis were both fascinating.

Monday evening’s championship tilt will be one for the purists.

There will be D.