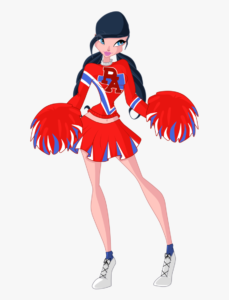 I mean really now, what is going on in the seemingly innocent world of Rah Rah Sis Boom Bah?

First, at U of L, there is the strange and increasingly sordid saga of Todd Sharp, the self proclaimed “most successful coach in the history of dance.” He’s the former, now somewhat disgraced coach of the 148 time national champion Ladybirds.

His downfall in the Dance Team universe began with embezzlement scandals at Floyd Central HS and U of L, where he said in the WAVE interview, he was innocent, and worked 70 hours a week at his craft.

Then there was the incident at a Louisville hotel, when he accidentally shot himself with a gun he was carrying. While the U of L baseball banquet was underway nearby.

Most recently, it is reported a fellow was found dead in Sharp’s abode, a gentleman the former Dance icon had met just the night before.

Today’s late breaking scandal involves the UK Cheerleading coaches, all four of whom were fired.*

*Who knew cheer squads needed so many coaches?

Seems as if the squad, only a 24 time national champion — tsk tsk — was, imagine this, partaking in alcoholic beverages.

Hazing, it is alleged, ensued.

Members of the squad, in various stages of undress, were hurled into the drink. An exercise, known as “basket tosses.” While the coaching staff nearby watched, and did . . . nothing.

Cheer alums were apparently at the event, and boated about with current members of the squad, who were yet again in partial stages of undress.

On top of that, previously at a camp in Tennessee, cheer members were ordered by others on the squad to perform lewd cheers, wearing outfits that “did not include underwear.”*

* While the individuals involved are innocent until proven not to be so, please note that this author, this web site, the owners thereof, their heirs, assigns, and beneficiaries at law do not condone such lascivious behavior.

So here’s the ultimate question?

Where will these cheer scandals fall, if anywhere, on the list of the 13 most famous conflagrations of the past? Which, should you desire to delve further into such tempests of tomfoolery, you can view at this link.

You can now receive all my posts for FREE in your email inbox. Just fill out the simple form below.

2 thoughts on “Disgrace in the Sphere of Cheer”