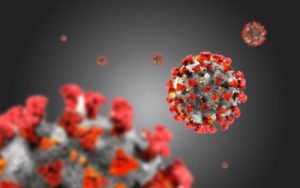 The inevitable outcome of the Cardinals’ encounter with Virginia Tech rose like a Halloween ghost at the graveyard at 12:58, three hours and a couple ticks before kickoff.

Football SID Rocco Gasparro’s email to the media was short.

Thus the COVID struck the Cardinals with terrible swift sword.

So, as game and gritty as the Big Play Cardinals proved to be, it was never going to happen.

It was Trick not Treat, an All Hallows Eve to forget.

Despite a career passing yardage day from M Cunningham, which gave the Cards a meaningless 82 total yardage advantage, the Hokies established a dominant ground attack early, rushing to an unsurmountable 21-0 advantage.*

*Of MC’s three picks, only one was his fault. One caromed off Dez’s hands, bobbled about and fell into a Hokie’s lap. The other was a trying-to-make-a-play must throw on 4th down deep in the Red Zone.

Tech kept Louisville measured the entirety of the afternoon.

With the Cards fighting back, the visitors still scored every time they had the ball after intermission, but for that final last minute drive, when the game was essentially over.

Javian Hawkins 90 yard score at the halftime buzzer was a thing of beauty.

My response, quoting Arizona State’s coach when he was in the pros, “That’s why they play the game.”

In the 2d half, Cunningham’s 82 yard TD strike to Dez on 3d & 10 was a beaut. But Louisville was still down 10, still unable to catch up with the Gobblers.

Maurice Burkley’s late tally underscored that U of L had no quit.

Hawkins later catch and score added an exclamation point to that truth.

Credit where it’s due.

If there was one play for U of L that is a legit coulda woulda shoulda, it came with under 5:00 to play, and the Cardinals down six. They would have had VT in a 3d & Short situation, but a U of L defender committed a stupid post tackle unnecessary roughness.

No reason to mention his name.

Two plays later, Herbert ran up the gut untouched to put the game out of reach at 42-28 with only 3:23 left.

That Cunningham to Hawkins toss cut the disadvantage to the final margin.

Who knows what the Virus has in store?