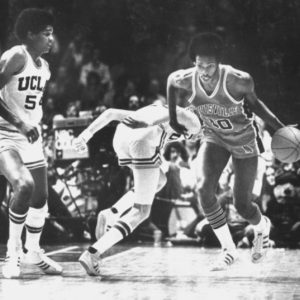 “The Bobs and the Bucks. Whoa, Nellie.”

Smart Guy’s text as Oral Roberts and The Ohio State University were headed to OT, captured the whole gloriosity perfectly.

We are dancin’, doin’ the Time Warp again.

The missive was sort of a response to a digital exclamation of mine to him during the First Four. When either Drake or Wichita State hit a late trey to make that tussle a one possession battle with seconds to play — Forgive me for lack of details, my memory has turned into a gumbo immersion of delightful hoops memories — and I less poetically opined, “I love college hoops.”

As an exclamation point, during that ORU stunner, Ian Eagle, the best of the play by play guys, more excited than usual, sang out, “Overtime Wedgie,” when the ball got stuck between hoop and backboard.

Oh, how I love this.

Sometimes the networks and NCAA get it right.

Scheduling the Round of 64 opener at iconic Hinkle Fieldhouse was PERFECT.

Sunshine through the windows illuminating the hardwood.

The punctuation there. Florida’s Gators needed an extra five to move on. Bonus B-Ball from the get go. After Virginia Tech hit a buzzer beating triple to tie it up in regulation.

Game on. Tourney on.

And that was just the first of a trio of overtime delectables.

Besides Oral Roberts, winning in the Dance for the first time since beating Louisville in ’74, and needing extra minutes to vanquish an Ohio State contingent apparently exhausted from an arduous Big Ten campaign, the Mean Green of North Texas won their first tourney tilt ever. Besting the Purdue Boilermakers, also from “the nation’s best conference.”

Did one of them toss his jersey to a kid in the hallway?

The best line I’ve read this morning about this glorious adventure we savor that is the NCAA basketball tournament called it, “strange, wonderful and senseless by design.”

We just never know where and when the cockamamie is going raise its head.

I don’t fill out a bracket anymore. But, if I had, I would have picked the chalk of Villanova over Winthrop, the latter of which was the favorite upset pick of oh so too many. Jay Wright wasn’t going to lose this one, the absence of his PG notwithstanding.

I mean the Wildcats still have an Arcidiacono on the squad. That kind of legacy does not succumb easily.

Hartford danced for the first time ever.

Coach John Gallagher was delightful, exhilarated even after his Hawks were crushed by Baylor.

Rutgers competed for the first time since ’91. And advanced over Clemson, its first Dance W since ’83.

Oregon State underscored its surprising entry, with the Beavers’ first tournament victory since ’82. They were blessed to draw chronically overrated Tennessee.

Given the chatter about who might be IU’s next coach, the win in Assembly Hall of Chris Beard’s Texas Tech Red Raiders reminded me of a situation years ago.

Like, when Texas A & M, coached by one Billy Clyde Gillispie, beat U of L in Rupp Arena. And, not long after, riding the wave of that win, was on the rostrum in the Bluegrass as the Big Blue’s next coach.

Should the Hoosiers be lucky enough to get Beard, they will fare considerably better than the Cats did. Beard is the Next Great Coach.

These folks are pros. Anderson, I recently read, is still beating himself up for a mistake he made at the end of regulation of the unbelievable regional final between UVa and Purdue two years ago.

106 minutes until the Hoyas tip against the Buffalos in a spicy 12/5 matchup.

Let the sun shine in.