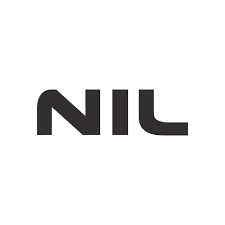 So, why you might ask, have I gotten in touch with my inner Shirley Ellis? She, the rock & roll linguist, who fashioned “The Name Game’ in ’64.

Well, I’m fascinated with words and language, and being a might skewed in my thinking, have been spinning on the irony of the nomenclature NIL, when juxtaposed with the word “nil.”

NIL. Name. Image. Likeness. The new norm in what was formerly “amateur” collegiate athletics, a phenomenon which will have manifold ramifications, many even the most seasoned observer hasn’t yet thought of.

Before that date: Johnny Scatback got room, board, books, laundry allowance. And, nuttin’ else. At least, legitimately.

Now: Tyrone Shoelaces is shilling for Elmer’s Pizza,  Big Buddy’s Used Furniture and Appliances. While his teammate, Sebastian Setshot has formed a company with arch rival D’Andre Dunkenmeister, to sell NFTs. (Non fungible tokens, another new “thing” about which I’m not even going to attempt an explanation. As if I could anyway.)

Talk about a sea change. The plates have shifted, mes amis.

College jocks, if you haven’t noticed, are now in a money grab.

Well, one thing I’ve been pondering about it all is this.

How might this new dynamic affect performance? Team unity? Success on the gridiron, hardwood, diamond or pitch?

What if State U’s tennis ace Cecilia Servesalot has a meet and greet at Ron’s Racket Repair, set up by her marketing company at the same time as a mandatory weightlifting session for her whole team? She asks the coach for a pass, “just this once.” Hmm.

What if, during team film sessions, the entirety of the whole Swim squad are checking their phones to tally deposits in their Venmo accounts?

I could prattle on, but I think you know what my concern is.

Not how much these “student athletes” can make from their name, image and likeness. Good for them. Long overdue. But . . .

Meanwhile, while we’re playing The Name Game, let’s do: