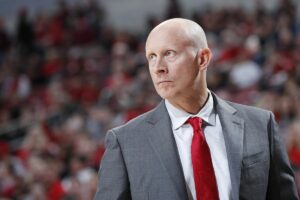 The situations are arguably analogous.

In this fellow’s opinion, absolutely illustrative.

Indiana and Louisville both had big wins this week. The Hoosiers was bigger obviously, over its arch rival after nine straight losses in front of a rabid sold out crowd. The Cardinals, in front of a smattering of fans over a team it should have beaten but had to beat after three straight losses

IU was led by a career underachiever who had a career game and hit the game winning shot. Rob Phinisee.

U of L was led by a career underachiever who for the first time this season displayed a hint of his considerable promise. Jae’Lyn Withers.

Both players had talks with their coach before the game.

Of course, there’d be something about now like an out of the blue rain delay. It’s been that kind of season in a cockamamie time.

It had actually stopped raining. Yet, the roof on the World’s Most Spectacular Arena (Louisville Division) was leaking anyway.

Where was Dan McDonnell’s ground crew with a tarp when we really need them.

Wouldn’t it have been something too poetic if as sure a W as this Louisville team faced for the rest of the campaign was cancelled?

But they played the game. After a 1:14 delay. END_OF_DOCUMENT_TOKEN_TO_BE_REPLACED

If you have come here for some new perspective about University of Louisville Men’s Basketball, some insight you haven’t already consumed from another long time hoops scribe, or an analytical perspective from a whipper snapper computer wiz, perhaps an opinion that might differ from the the average chat room dude with a moniker like Herb&Milt86 with no real insight or insider info, think again.

I honestly haven’t a clue.

I’m as flabbergasted as anybody who might actually be tuning in here the day after another headscratching clunker from the Cardinals.

This time a no show in Pittsburgh. 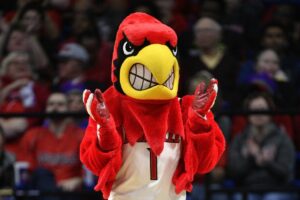 During Fats Gonder’s iconic intro of “The Amazing Mr. Please Please Himself” at  the Apollo in ’62, he lists James Brown’s big hits to that time.

Bewildered is how I felt watching, mouth agape, U of L’s stunning lack of, well, everything, in an absurd 16 point loss. At home. To an 8-8 team. With a 1-4 league record. Whom the Cards had beaten previously on their home court.

Bewildered is also how Louisville coach Chris Mack appeared on the sidelines as the ineptitude played out.

Bewildered is how Chris Mack looked during his post game press conference, when he admitted, “I have no explanation.”

Bewildered was how I felt as I sat before my computer screen after the game, needing to purge my discombobulation before hitting the sack.

So bewildered, I was able to type but four words. The only ones that would come.

There is a difference though between Mack’s puzzlement and mine. END_OF_DOCUMENT_TOKEN_TO_BE_REPLACED

My first notice of the Louisville Cardinals playing a zone during their nine point setback to Florida State came after Matt Cross scored on an inbound play during the first possession after a media timeout in the 1st to knot the score at 28.

The Cards had gotten off to a fairly energetic start, at least at the offensive end, scoring on three of their first four possessions for a quick 7-2 advantage.

Sam Williamson seemed especially engaged. At the 11:18 TV timeout, the score 16 a-piece, he had 7 and 5. Second chance points stood at 6-2, favor Team in Black.

U of L was generally holding its own against the much much taller Seminoles. Though the victors’ bigs had several dominant, too easy stuffs, there had been four ties and nine lead changes by the 7:17 All State vs Geico, Progressive gets winner interlude.

Cross then tied it up at 28-28. END_OF_DOCUMENT_TOKEN_TO_BE_REPLACED 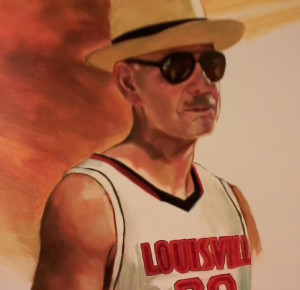 OK then, where were we?

Thirty six hours have passed since my diatribe in the aftermath of U of L’s bench meltdown in the final minute of the much-closer-than-it-oughta-been W over woeful Pittsburgh.

Took a walk in the snow, tried to help a car make it up Galt hill. Futilely.

Had long conversations with fellow hoopaholics to exorcise the demons.

Put Spike Jones on the box.

Sooooooo, allow me to share a few observations from the victory.

Then take a look at the Cards’ realistic chances to dance.

(Not that I’ve totally forgiven Mack and Malik for their unacceptable behavior that nearly cost the Cards the W.) END_OF_DOCUMENT_TOKEN_TO_BE_REPLACED

There have been times through the decades that I have been disappointed by the Louisville Cardinals.

By their performance. By their attitude. By some untoward, unnecessary actions.

I needn’t move on to any other letter of the alphabet, I trust you understand my drift.

But, for the life of me, I cannot remember when I’ve been more disgusted.

Not so much with the team’s somnambulant play, though that’s part of it. And focusing on that would be to shortchange El Ellis, Sydney Curry, Sam Williamson and Noah Locke for his shooting. But for their energy, U of L would have lost at home to one of the worst teams in the history of the ACC.

Which they almost did anyway. END_OF_DOCUMENT_TOKEN_TO_BE_REPLACED 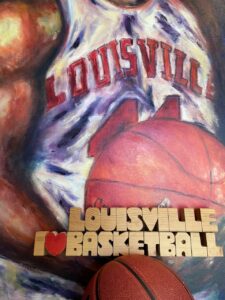 In the nightcap, a hang on by the hair on their chinny chin chin nail-biter, 67-64.

I’m going to weigh in on both.

There is a reason why, against my norm, I am writing this recap immediately after U of L’s come from behind 73-69 ACC win over Wake Forest.*

*Of course, I am giving it finishing touches too early this morning after.

Hitting the keyboard soon after the buzzer before beddy bye, because I never for one moment during the battle felt the Cards would prevail.

Not when Noah Locke drilled his fourth triple — he finished 5/7 beyond the arc — to reclaim the lead, 63-61, after a Demon Deacon bomb by Isaiah Mucius.

Not after Malik Williams trey countered another bullseye by the same nettlesome visitor, to again move ahead, 66-64. END_OF_DOCUMENT_TOKEN_TO_BE_REPLACED