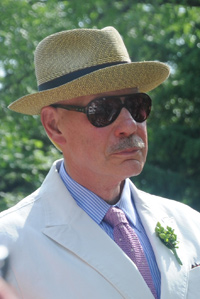 The highlight of Seedy K’s athletic career came early in life. He scored 18 points in a Biddy Basketball game when he was in the sixth grade. He never approached that figure on the hardwood again. Which is not surprising, given his less that stellar two inch vertical leap,

His sportswriting career began when he was sports editor of the J.M. Atherton HS Aerial. His column was cleverly called “Chuck’s Chalk Talk.” In a story of his during the winter of ’62-’63, he wrote about a new sport, developed by classmates. Frisbee Football. True, no matter what faux info you might read about the sport’s origin at Wikipedia.

He advises he once hit two homers in a single inning while playing in an adult beer league. Some of his teammates on “Fear & Loathing In Louisville” advise that claim is Heineken talking.  Seedy K stands by his story. His writing career did flourish that season, when he had a letter about the squad published in the August 29, 1974 issue of Rolling Stone.

College basketball is his favorite sport. The University of Louisville Cardinals have been his favorite team in all sports since his parents took him to his first basketball game in December, 1952. (U of L 89, Purdue 85). An inveterate sports fan in general, his other rooting interests include the Detroit Tigers, Detroit Red Wings, Detroit Lions, Detroit Pistons (He was born in Motown.), Oregon Ducks, FC Barcelona, Jeff Gordon, Phil Mickelson, Tottenham Hotspur, and the underdog of whatever game happens to have his attention at the moment.

His stories about the University of Louisville athletic teams (and a few others) appear at cardchronicle.com.