It is the morning of the biggest college football day in years?, decades?, ever?

TCU has now proven twice in a row that it should be playing in New Orleans tonight instead of the Buckeyes. That said, Ohio State vs. Alabama, Saban vs. Meyer is Ali vs. Frazier, Roll Tide vs. O*H***I*O, about as big time a meaningful gridiron battle as any college pigskin fan could want.

There’s even actual football weather in Pasadena for the Quack vs. Seminoles, where the Fahrenheit is hovering at the freezing mark. Keep those roses warm.

So, on this boffo pigskin day, I want to take a quick look back at the Louisville Cardinals, and gaze beyond the horizon.

Given that Georgia’s Bulldogs are simply bigger, faster and better than U of L, there’s not much to say about the Belk Bowl. END_OF_DOCUMENT_TOKEN_TO_BE_REPLACED

Come one, come all. Come on in the Big Time Big Top Big Tent. It’s a three — count ’em, three — ring circus. Each one full of incredible feats of daring do, leaping, twirling, whirling, acts of prestidigitation that will amaze and astonish you.

In one ring, no mere band of bearded ladies. No, no, no. We’ve got rivalry day dance down of the national championship dance teams. One in red, one in blue, swirling and twerking in unison, simultaneously, loser leaves town.

In another ring, yo mama, yo papa, trash talk smackdown. A pushing, shoving whirligig of verbal testosterone. Before, during and after the game. Make sure the kiddies have plenty of cotton candy mom and dad, to eat and fill their ears.

And in the main ring, rock ’em, sock ’em, take this, take that, anything you can do I can do better battle of pigskin. Seven, count ’em, seven lead changes. Nobody will want to leave your seat until the final horn sounds.

It’s Turkey Day Weekend Rivalry Football, the way Bronco Nagurski, Walter Camp, Woody, Bo, the Bear and the Pipe meant for it to be.

END_OF_DOCUMENT_TOKEN_TO_BE_REPLACED

What is it they say?

Luck is the daughter of intervention. Okay, uh, maybe I just made that one up.

“Luck is a very thin wire between survival and disaster, and not many people can keep their balance on it.”

Louisville infant terrible Dr. Hunter S. Thompson said that. While it really doesn’t apply to my point here, I’m going to keep it in. Because, well, it’s my blog.

Better to be lucky than good. I know that’s one that’s been uttered way too many times before.

However one might choose to make her more literary than she deserves, Lady Luck was with the Cardinals during their second drive of the second half.

On a 3d & 4 play at the State 46, Eli Rogers grabbed a Will Gardner pass that was dancing in the air in an “Immaculate Reception” situation. The ball pinballed off another participant into Rogers look-what-came-my-way arms. For a much needed nine yard gain, and “Another! Cards! First! Down!”

That minor miracle was merely a set up for the Play of the Game, which came soon thereafter.

It’s a/k/a The Play Reversal of the Game. END_OF_DOCUMENT_TOKEN_TO_BE_REPLACED

This is why football coaches aren’t the same as you and me.

When Louisville coach Bobby Petrino was asked about the extreme heat and humidity, and how it might affect preparation for and play in next Monday Night Football’s battle with conference rival Miami, he smiled that mischievous little grin of his.

“We were lucky last week. We had a couple of really hot and humid days. We were able to get in some really hard practices. The team responded well.”

You know, when the going gets tough, the tough get going. Etc.

He was obviously more somber when reporting on the DeVante Parker injury. END_OF_DOCUMENT_TOKEN_TO_BE_REPLACED

Fans can only hope it’s less serious, rather than more. END_OF_DOCUMENT_TOKEN_TO_BE_REPLACED

In the aftermath of U of L’s evisceration of the Hurricanes in the R A Bowl, f/k/a Citrus Bowl, one has to wonder what coulda, woulda, shoulda this season, had the Cardinals played with such passion, poise and precision all year long?

A date with Baylor in the Fiesta Bowl? At the very least.

Last night’s W was a beat down of the highest order.

Despite that sack/ safety that gave the U an early 2 nil lead, and despite the lack of TDs by the Cards in the first quarter — two more drives, two FGs —  Miami was never in the game. END_OF_DOCUMENT_TOKEN_TO_BE_REPLACED 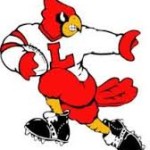 But, that’s just a guess. END_OF_DOCUMENT_TOKEN_TO_BE_REPLACED