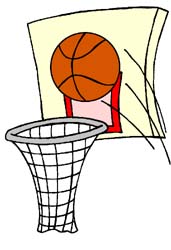 April may be the cruelest month to T.S. Eliot, but he never competed in the BEast in February. Unbeaten in January, Louisville’s magic sleigh flipped in a ditch Monday. The roll U of L was on has been momentarily sidetracked.

It wasn’t that close.

Forget that the Huskies ruled the charity line with a 20-2 edge in an oddly called slugfest rougher than the Super Bowl. The Cardinals would have had to play significantly better than in any previous game to have had a chance against a Connecticut squad — all seniors and juniors except frosh Kemba Walker, probably the best of them all — that trumps all of Louisville’s strengths. The good guys fell prey to the intimidating dynamic inside duo named Thabeet & Adrien and a four guard anschluss hotter than a microwave.

Before we consider where the Cards go from here, some props for UConn.

The Huskies are quick. The invaders broke the homie’s press with ease then took it to the hoop about every time they did. If not, they had little trouble penetrating from half court sets.

Legitimately top of the heap, Jim Calhoun’s team is tough, alert, just cocky enough and savvy. Once A.J. Price looked to the ref, asking whether he had a dribble left after dropping the ball when receiving a pass. They block out, hit the boards, make free throws.

Fortunately the Cards don’t have to visit Storrs. But they do have trips left to South Bend, Morgantown, D.C., Cincy and the Garden, where they haven’t played well lately no matter the foe. Plus current league leader Marquette and upstart Providence come to the Hall, along with a couple cupcakes.

But the run against UK, South Florida, Villanova, Notre Dame, Pitt, Rutgers, Syracuse and West Virginia was no fluke.

U of L’s winning streak began after an awful performance on New Year’s Eve. The players must have had their minds on a split of bubbly and midnight balloon drop. The Rick must have been thinking dinner out with friends too. The Cards shot 29.6% from the field in a 55-56 loss to run-of-the-mill UNLV, which made hay by consistently forcing Samardo Samuels to guard a more mobile, elusive Running Rebel. Pitino finally switched defenses, but UNLV used the same ploy on SS — a rub off at the elbow — for the winning hoop.

Then came a most unexpected start to the Cards’ run back into national consciousness. Louisville had arch-rival UK measured the whole game, blew a seven point advantage in mere seconds with less than a minute to go, then won on a trey by the till-then beleaguered, will-he-or-won’t-he-transfer Edgar Sosa.

That was followed by a nothing-to-write-home-about W over a bad South Florida team on the road, and a forget-the-showers-let’s-get-out-of-Dodge-before-they-change-the-score escape by the hair on their chinny chin chins at Villanova.

After that weird four game cycle, Rick Pitino somehow convinced his charges all was falling in place. Freud has nothing on this guy. Sosa in a starting roll has played with poise. Williams, the Card along with Preston Knowles who carried the fight to UConn, seems to have swallowed the maturity pill. Though the Evil TWill appears from time to time like a poltergeist. (Which has not dissuaded Jay Bilas from his man crush on #1.) E5 has been recovering from his continuing lapses — mostly during afternoon tilts until his ghastly performance against UConn — with game saving plays. He’s got good games left in him. Terrence Jennings, recovered from turf toe that slowed his learning curve, has morphed into a force. Except against Hasheem Thabeet, whom he’ll only see again in a tournament, if at all.

That January roll was keyed by suffocating defense and aided by improved shooting. Both will return against schools not as national championship worthy as Connecticut. Kuric, Jennings and Samuels will continue to improve. E5 will man up.

The Cards remain a legit Top 10 team. The buzz-saw they ran into Monday is the true beast of the BEast, the best in the land right now. The Rick will persuade his guys the crushing loss is henceforth of little consequence.

And assure them there’s no better place to start another run than at a Garden party in New York, New York.

1 thought on “Where the Cards Go from Here”