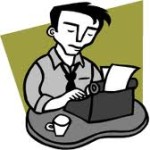 s I cornchipped, leftover dressinged and couch potatoed my way through a long weekend of sports, I took random scribbles of what seemed like noteworthy moments. At least at the time.

Hoping I can decipher my script, here come a few of them. Scattered. Possibly of interest only to me. But I figured I’d share them with you before they enter the shredder.

Here’s why it’s going to be harder than I think. One of the notes on the first page of the pad reads, I swear, “Luts of Prup — Sound Wrestling.”

At one point I turned away from football and hoops, and came upon the World Bull Riding Finals from Vegas. A fellow named something like Kody Lostroh, ’05 Rookie of the Year, ’09 Champion, was attempting to stay aboard a bull named Hou’s Back.

When, much to the surprise not only of myself, but also the announcers who proclaimed they’d never seen anything like it before in the history of the sport, another bull got out into the ring, nullifying the attempted ride.

Whatever was Panda Tracks thinking?

Butler’s Kellen Dunham has one of the sweetest threeball strokes in college hoops.

Against Washington State, he was 6/9 from beyond the arc. One was off a hard dribble moving to his right. Nothing but net. Really sweet.

As I’ve written previously, it’s hard to tell yet how well or not Chris Collins is going to do at Northwestern.

But the Wildcat hoopsters do lead the nation in one stat. Most Players Wearing Black Leggings.

If, prior to the season, you had Auburn and Missouri playing in Atlanta in the SEC Title game, raise your hand.

Those of you claiming to have picked Duke to kick it up a notch this season and play for the ACC title, grab a fire extinguisher.

The Schnell is smiling. Florida Atlantic is 4-0 since Carl Pelini was fired for doing a little blow at a party.

You’d think the folks at Nebraska would take note.

Among all the amazing things that happened during the Iron Bowl, let’s not forget this moment.

An Auburn manager pulling a sewing machine out of one of those ever present footlockers, then sewing on the sidelines to make some alterations on a jersey. 1

UCLA in Cali blue and gold. Southern Cal in cardinal and gold.

Beauteous on the real green grass of the Coliseum.

There’s a blurb in the current print edition of Sports Illustrated, mentioning how two Tennessee high school assistant football coaches were arrested and fired. For defacing their own school’s locker room building with faux graffiti, the purpose of which was to fire up their own charges.

Which reminded me of the oh so obvious trick my high school coach used to fire us up for our “rivalry” game one year. A sheet cake at the locker room door. Instead of candles, 3×5 cards with nasty words about each of our team’s leading players. 2 Coach read the barbs, then rubbed the cake in our faces.

Not only was Coach neither arrested nor fired, but he stayed at my alma mater for years, despite a tradition of serial losing. Then had his name put on the school’s football stadium.