Yes I stole the title from the logo of that bowlarama on Shelbyville Road. My apologies.

But, no, as you well know, this isn’t about bowling, as in bowling bowling. Not about the prowess of Wrong Foot Lou Campi, a stalwart from the 50s on “Championship Bowling” fame.

This is about destination bowling — the New Mexico Bowl, the Vegas Bowl, the Texas Bowl, et al.

This is about flower bowling — the Poinsettia and, of course, the “Grand Daddy of them all,” the Rose Bowl. 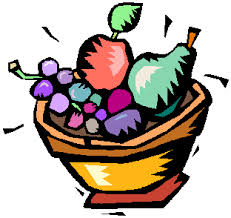 This is about sweet bowling — the Orange Bowl, and obviously, the Sugar Bowl.

This is about financial bowling — The Franklin American Mortgage Music City Bowl, which would also be in the “destination nickname” category, were I willing to extrapolate this foolishness that far. Along with, say, the Sun Bowl, the Discover Orange Bowl (Which has already been mentioned), the Capital One Bowl, the Taxslayer.com Gator Bowl . . .

. . . okay, okay, the categories are starting cross-pollinate. I’m not clever enough to play this word game all the way to its inevitable, absurd conclusion. I do need to get to the actual football sooner or later.

I’ll simply end this portion with this. As absurd as it might be to have a football game called the BBVA Compass Bowl or, for that matter, the AdvoCare V100 Bowl, the name game winner of all time and still champion is the Poulan Weedeater Independence Bowl.1

I cherish the bowl season. I’ve entered Joey the Vig’s bowl pool yet again. It is the annual diminution of my net worth for the benefit of some fellow in the Great North Woods, who actually knows how pick the winners in these games. But, the entry into that game of chance does give me a rooting interest in an otherwise meaningless and unwatchable battle between Ohio University and East Carolina.

I believe last year, I went through each bowl game, providing a prediction accompanied by pithy commentary. It ain’t gonna happen again.

Though I’m not totally without a sense of punditry.

After all, the first matchup is tomorrow. It features Washington State. Which means Mike Leach. Which means both the football and bon mots will be flying. I expect lots of points and lots of sucking air. The game is in Alberquerque.

Southern Cal’s season started with high hopes and Lane Kiffin on the sideline. It’s gonna end in Vegas against Fresno State, another Top 25 squad, but one that’s highly motivated. The Trojans season shall end not with a bang but a whimper.

I know Buffalo is going to feel a lot more at home on the frozen blue tundra in Boise than sunshine San Diego State. That would be in the aforementioned, seriously famous, Famous Spuds ‘r’ Us Bowl.

Tulane is playing intrastate rival Louisiana Lafayette in the SuperDome Bowl. Or, whatever it’s called. Neither team is ranked in the Top 75. Which means it’ll be a legit replacement for whatever is your sleeping pill of choice. And, if you’re actually tuned into this clunker with a 9:00 pm kickoff on the partyingest Saturday night of the holiday season, you’ll want to be in slumber anyway.

1 thought on “FootBALLS ‘r’ Us: Fun Is Bowling”