Before we get to the takeaways for the Cardinals from U of L’s workmanlike W, there’s a question I feel compelled to ask?

What in the name of Pickles Kennedy has happened to Temple?

This is a school with a long and proud tradition, which has generally continued in the Fran Dunphy Era. But, oh my, are the Owls awful.

They are the worst of a woeful school of bottom feeders in a league divided like none other in the land. Here’s a link to Gary Parrish’s telling breakdown of the vast division between the haves and the have nots in the AAC.

In a proud b-ball town — Philly is one of America’s Top 5 — the Lincouras Center was E.M.P.T.Y. last evening for the delayed tilt. Anyone for an unworn Temple White Out T?

All of which is to say, college hoops is better when the Temple is a playah. In the names of John Cheney, Harry Litwack and Guy Rodgeers, let’s hope the Owls get it together.

Montrezl Harrell is basking in deserved credit for his best ever effort as a Cardinal.

He was indeed a dervish, seemingly everywhere, at both ends of the court.

9/16 from the field. Ten rebounds, 6 on the offensive end. Four blocks. A steal. Two assists. Huge.

Plus he had those SportsCenter worthy six — count ’em, six — slams.

Nice. But I would be remiss were I not to mention, yet again, his sophomoric propensity to hang on the rim and pose for a beat or two as the ball jams through the net, a kind of look at me exclamation point.

Only on #5 did he not hang. That was the one-handed beauty with 13:28 to play, after slicing from the left corner and getting a beautiful set up from Wayne Blackshear.1

I know I’m picking at nits here. But Silent L was teed up recently for that vexing propensity of his, and I’d hate to see it happen when it might adversely affect the outcome of one of the many important games coming up.

One guy’s opinion: Chris Jones also played his best game ever for Louisville.

Despite unassuming numbers, his game, more importantly, melded better than ever before with that of Russ Smith. Jones was under control, didn’t fret when Russ went Russ and he was more open.

He had five assists, one a dandy skip pass after driving it to an open space, but finding Smith in the corner for a long deuce. And three steals to go along with his 9 points and 4 rebounds.

Their names are not Hannibal Hayes and Jedidiah “Kid” Curry, but they are the real Alias Smith & Jones.

Need to point out that the oft-criticized Wayne Blackshear has attempted 85 threeballs this season.

Thirty nine of them have tickled the twine. Which stats out at a glossy .459 shooting % from long range.

The Second City junior is steadily growing into the Cardinals’ stealth stalwart.

He tallied a solid 13 last night, and seems more comfortable than ever putting the ball on the floor and driving to the hoop.

Even though Temple offered only minimal defensive resistance, I liked the Cardinals movement on offense most of the time.2

The Cards were an absurd 11/24 at the charity stripe.

If not corrected — and it’s probably too late in the season for that — it will be the team’s downfall. 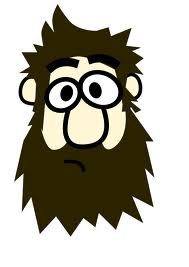 I’ve never been much for gimmicks.

Whether it was Digger Phelps’ Notre Dame teams wearing green on St. Patty’s Day, or Rick Pitino letting a beard grow until the Cards falter.

That said, if the Cardinals and coaches are still hairy after trips to Cincy, Dallas and Memphis, I’ll believe it to be a clever motivator.

And I’ll start growing a beard until we falter in March.