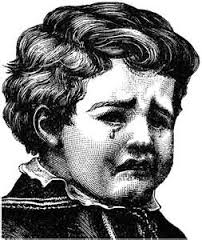 I am a Louisville Cardinal fan.

While I admit rooting for Wisconsin last night, I don’t consider myself a hater.

I have nothing but admiration for the run Kentucky is on, how the team has jelled, how John Calipari keeps working to make the season work. That Aaron Harrison has morphed into Robert Horry, making big shot after big shot to win three straight over higher rated and higher seeded foes in the NCAA is nothing short of astounding. He, his team, his coach, have my unbridled respect.

When I read that the Tattoo Guy, Tyler Austin Black, was offered two freebies from a national reporter to the title game in Dallas, and is driving there with a pal as I write this, and that it will be only the second Wildcats game this lifelong fan has ever seen in person, I could only smile and genuinely be happy for him. It’s way cool.

All that said, and reiterating my highest regard for what this very young, very talented, well-coached UK team is doing, I am a bit beside myself today. As I was last weekend when my team’s arch rival knocked us off the dance floor.

I got the blues.

So, needing an antidote, I headed out to Patterson Stadium for a dose of red & black.

My Cardinal nine was playing U of L’s other big, long time rival, Memphis State.

When I arrived, the guys in white were already down 3-1 to the — Say it ain’t so — blue-clad visitors.

Things got bluer still. The Tiger hitters kept blasting rockets through the gap between the first and second sackers.

The Cardinal highlight was Cole Sturgeon’s bullseye rifle shot of a peg to the hot corner, where third baseman Alex Chittenden tagged out a visitor, attempting to go 1st to 3d on one of those hits.1

Other than that “highlight,” it was blue on blue, heartache on heartache at 3d & Central.

When I left — When I felt compelled to leave — it was 6-1 Memphis State, and they had more ducks on the pond.2

That fans of Kentucky and Louisville hurl epithets at each other, refer to each other with profane, derogatory names, I find disgusting. I’d get legitimately irked last season, when Cardinal fans couldn’t get 5 words into chatting about the championship, without dissing UK or its fan base.

That fans of Kentucky and Louisville more often than not root for teams playing their rival, I understand.3

So, yeah, it’s been a blue, blue, blue Sunday, kind of like an Elvis Christmas without her.

I can’t wait to see what happens Monday night. The outcome shall be an amazing story however the game turns out.

Will I feel less blue Tuesday morning if UConn, a team my team beat three times by a total of 55 points, wins?

My team lost last week. Such is our love in these for this glorious endeavor called college basketball, that something inside of us dies most every spring when the season ends. Except when our team is the last one standing.

Today I’m tangled up in blue.

8 thoughts on “Blue Sunday: Looking for Levity at the Ballyard”