Though it will obviously have not the slightest bit of influence on the outcome of this weekend’s best two of three game, winner goes to Omaha, loser goes home series at Third & Central, I had to broach the subject.

So, as Owls coach Mike Sansing’s press conference was winding down this afternoon, I asked the question.

“Coach, any of your players have the slightest idea who Kenesaw Mountain Landis was?”

Laughing, he responded, “Through the years, sure, some. I’m sure some of these guys do.”

Landis, for some of you wondering whodafuckisthat?, was the first commissioner of baseball, a fellow who lorded over the game with an iron fist. He’s the former judge who punished Black Sox players during his watch.

And he was named Kenesaw Mountain, despite the difference in spelling, after the Civil War Battle of Kennesaw Mountain, which is right there in Marietta, home of the Owls, and where Landis’ father was apparently injured during what many southerners still refer to as the War of Northern Aggression.

All of which is probably of interest only to me. 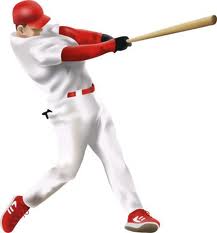 He leads the nation in hits with 110, and is second in BA at .423. At one point this year, he hit safely in 36 straight games. The first team All-American/ Atlantic Sun POY has thrown out 21 runners attempting to steal.

When asked if U of L might employ some sort of fielding shift against Pentecost, as they did to great effect against Reed, Cardinal mentor Dan McDonnell, after reiterating his Denny Crum philosophy of we concentrate on doing what we do, admitted there might be some repositioning.

Asked how he’d pitch to the Owls’ star, Louisville ace Kyle Funkhouser (13-2, 1.68), without a hint of arrogance, but with calm confidence, stated, “He’ll have to prove he can hit my stuff.”

This is Kennesaw State’s first visit to the NCAA tournament.

But the school is not without previous post-season success. Under Sansing, the Owls won the NAIA tournament, and the Div II NCAA tourney.

The Kennesaw State nine is not the first first year school to reach a Super Regional. They happen to be the fifth.1

The Owls are certainly the hottest team in the land.

They do admit, as confident as they were heading into the post-season, Travis Bergen’s (9-4, 2.39) 1-0 shutout of SEC power Alabama in their regional opener really gave them a boost.

Though the team’s ace, he’s the Owls’ Saturday starter, since he pitched twice last weekend. He hasn’t allowed a run in his last three outings, and just one earned run in his last five.

Sidearmer righty Jordan Hillyer (7-3, 3.55) will take the mound in the opener against Funkhouser. Anthony Kidston (8-0, 3.30) will face Bergen in Game Two.

Kennesaw State’s roster is made of entirely of Georgia players . . . except for two.

Of those, Max Bahnick is from Pennsylvania, but played juco ball in Tallahassee. Freshman Gabe Friese, slated to start against Josh Rogers, should a Game Three be necessary, is from Illinois . . . but he prepped in Marietta.

Which is to say, the Owls are about as home grown a contingent as you’re going to find.

The Cardinals did not dogpile after their Regional title.

McDonnell, unlike Rick Pitino in the Cards ’13 national hoops title year when he forbade net cutting until after the title, has issued no such edict, though the team’s focus all season has been to get back to Omaha, and perform better when at the CWS.