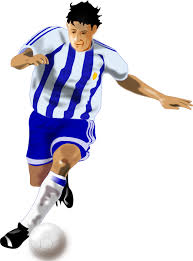 Some random ruminations in the aftermath of the biggest game in US soccer history . . . so far.

My memory is that the cartoon went on for years, or at least months. It may have run only a couple of times, but long after the fact.

Charles Schulz, the creator of “Peanuts,” was a huge San Francisco Giants fan. His team lost the ’62 series in seven games to the Yankees. The one that sealed the Giants fate was a 1-0 nailbiter in Candlestick.

The game ended in the bottom of the 9th when Matty Alou was on 3d, Willie Mays on 2d and, at the plate, Willie McCovey, who had tripled earlier in the game against Ralph Terry and homered off him earlier in the Series. NY Manager Ralph Houck decided to pitch to McCovey, rather than walk him to load the bases for Orlando Cepeda.

McCovey hit a line shot to second baseman Bobby Richardson, to end the game and end the Series.

Schulz’s cartoons, the first appearing two months after the baseball championship had been decided, showed the ever forlorn Charlie Brown in furrowed-brow contemplation.

This morning I woke up with the same contemplation I had when I went to sleep last night.

“Why couldn’t Ronaldo’s set up pass been two feet higher?”

Charlie Brown, I know how you feel.

I’m not sure what the overnight TV ratings are. But I know this.

A lot of people, way more than many realized, were locked into that game last evening.

I took a walk along Frankfort Avenue after the game, to try and shake off the disappointment. The street was packed.

Many were wearing soccer gear or red, white and blue and had obviously been watching. They were shell-shocked zombies.

Bitter-sweetness was in the air.

As I’ve said before, I am not familiar enough with fútbol to claim expertise in breaking the game itself down technically.

What I saw was this.

The US played the better, more aggressive game from the get go. A much better effort than in the opening W over Ghana.

Despite the giveaway goal in the game’s fifth minute, one Ian Darke variously referred to as “suicidal,” “catastrophic,” and “gift wrapped,” the American side remained stalwart.

They were quicker to the ball, feistier at both ends of the pitch, undaunted in the heat and humidity. At least, until that last tying play from Portugal.1

Goalie Tim Howard’s left handed punch away of a rebound shot, while falling down, in the final minute of the opening half, kept hopes alive, kept the team in the game.

Ricardo Costa’s great stop of Michael Bradley in the 55th minute didn’t derail the US focus.

Then the key interlude in the match. (Until arguably that last tally at the very end.)

Ronaldo had a wide open breakaway coming down the right side. His shot inexplicably missed high.

A minute later, Jermaine Jones blasted in the goal that knotted the match.

In the 66th minute, Howard again did what he does. Two great saves on the same assault.

In the 81st minute, Clint Dempsey chested in the go-ahead goal, his second in two games.

I needn’t describe what happened in the 95th minute.

Reason for despair? Absolutely not.

This US team is far better than anybody expected. Ranked #13 before the World Cup, they were certainly the best team on the pitch yesterday against #4 Portugal.

A W or draw with Germany is not a pipe dream. Jurgen Klinsman’s squad is fully capable.

The US can still advance to the knock out round. It controls its own fate.

The picture on the game went out during first half stoppage time. And never returned during the game.

Watching was still possible on ESPN3 and, I think, the Spanish language station.

My guess is the phone lines were jammed with new AT&T Uverse customers this morning.

Let’s hope those Charlie Brown dreams I’m having end with success against Germany Thursday noon, and a trip to the Sweet Sixteen.