This is what college basketball junkies do.

We sit around, during these relatively fallow days of summer, pondering the game we love.

Absent real action — and don’t bore me with mention commitments by the next great 14 year old, or of AAU tournaments, featuring pampered ballers whose great aspirations are to be the next Lance Stephenson — we sometimes que up replays of favorite games from the past, cull youtube for videos of Pete Maravich or . . . think of ways to improve the game to which we are addicted and argue with each other over whose suggestions are the best.

There’s hardly a site on the dub dub dub which covers hoops that, sometime in the last couple of weeks, hasn’t posted proposed changes to the game.

It would appear an imperative.

Who am I to demur?

So, here are my tweaks:

Set a Definite Opening Day. Back in the day, you knew when the games would begin. The first Saturday night in December. As an appetizer, there might be a Varsity vs. Freshman game the weekend before, usually Thanksgiving time. But that was it.

No more. There are all these faux tournaments1 and Big City Double headers featuring some combination of Duke, Carolina, Kansas, Kentucky, the occasional Memphis and UConn, Indiana, and maybe Louisville, when the school realizes it has enough money in the coffers and can sacrifice the gate for a home game against East Carolina Tech.

Plus there’s a couple of sanctioned “exhibition games.”

The starting point has crept forward in random fashion. That the season starts earlier is a good thing. That there is not definite opening date is not. 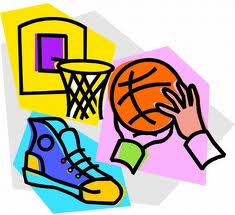 Set an Exact Number of Regular Season Games. I recall that team’s used to be able to play 26 games, and that was it. Then, along came exempt games like the Hall of Fame Classic, which gave teams more allowed games. Then these “tournaments” such as the Abe Lemons Classic, which allows Texas, Texas Pan American, Oklahoma City, Texas San Antonio, Oklahoma and Oklahoma State to play round robin in the name of charity and it only counts as one game.

Each game a school plays counts as, you know, one game.

An off the chart concept, but there’s a certain empiricism behind it.

Cap the NCAA Tournament at 64 Teams.

No, it is not a step back, it’s a step forward.

Can those “first round” games at Dayton. Continue to give each sanctioned conference winner an automatic bid. If some school coached by a Seth Greenberg coach alike can’t win enough games to dance, so be it.2

Also, any school that plays “Sweet Caroline” during a home game is automatically banned from post season play, regardless of record or success in their league tourney.

30 Second Clock. 24 seconds is too quick for the college game.

No Timeouts during Play. A team can only call timeout when the clock is stopped.

If a team is having trouble getting into its offense, play through it.

If a team can’t get the ball past the timeline in ten seconds, the ball turns over.3

Move the Three Point Line Back. Align it with the NBA standard. Which is 23′ 9″, no less than 3′ from the sidelines.

Offense Inbound at Mid Court after Timeout in Last Two Minutes of Game. This is one thing the NBA gets really right.

It should be adopted by the college game.

It will make for more exciting conclusions in close games, without being too severe a penalty for the team that fashioned a lead up to that point.

Other suggestions have been bandied about.

Like eliminating the foul out rule. Which is a seriously baaaaaaad idea. You got to play within the parameters of the game. If you commit more than the maximum number of transgressions, sayonara. Which bring me to . . .

. . . leave the number of fouls a player can commit before disqualification at 5. The last thing the game needs is more license for infractions.

For years, I’ve thought a longer, wider court, and higher baskets would make sense, given the athletes of today, compared with those who fired at peach baskets for James Naismith. But it would require such a shift of tectonic plates, it’s simply too radical to contemplate.

5 thoughts on “A Hoopaholic’s Hopes: Tweaks To Improve College Basketball”