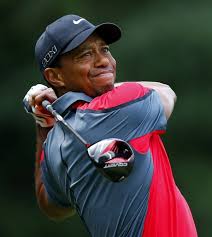 There was a time when a rule of life was, “It must be true. I read it in the newspaper.” Before that, which would have been before even my time, insert “radio” for “newspaper.”

The next evolution was, “It must be true. Walter Cronkite said it on TV.”

Which morphed into what has become a hackneyed joke: “I read it on the internet, so it must be true.”

But nothing heretofore in history has been able to empirically advise what’s on people’s minds right this moment like social media. We now know in real time, second to second, what people are thinking about, what they’re talking/ tweeting/ facebooking about.

So, what’s going on in the world today that might have our attention?

Let’s see. There are almost half a million websites that have been hacked by the Russkies, compromising tens of millions of email addresses, user names and passwords.

And, there’s some serious conflict in the Middle East, where bombs are bursting in air, people are dying and the good guys, the ones who truly just want peace and to be left alone, are oddly taking the major share of the blame.

Not to mention the hospitals hither and yon that are worried sick about medication-resistant viruses and bacteria, which happen to be killing people.

Which medical situation isn’t even as scary as the Ebola bug, which has now landed in the United State.

Ah . . . but . . . thanks to the digital world of cybergalactic belly button gazing, we know for absolute sure that none of these issues have grabbed our attention quite as much as THE burning issue of the day.

First, it was whether Tiger would even show up in town for the PGA? Then, after he was spotted on the course, just about causing a tumble of Twitter, it was, whether he’ll actually tee it up tomorrow morn or not?

Now the news we’ve all been breathlessly awaiting. Tiger’s in.

Arnold Palmer specials have been and shall continue to be raised until tomorrow’s tee time in 19th holes everywhere between here and Royal County Down Golfing Club.

There is no phenomenon that shows the absurdity of today’s superstar culture than the Tiger Phenomenon.

Had Woods not posted in Derbytown, the field for the weekend would still have featured, what, 97 of the top 100 players in the world? No matter. There’s been a sky is falling lament about what a big hit CBS would take on the TV ratings scale.

This only the stars matter state of mind is a real trick bag. It only gooses interest in competition if those superstars — or superteams — are competing?

Whatever happened to watching a sports event for the competition.

I’m not an especially big golf fan. But I watch the majors. And I found myself actually tuned into the end of the tune up tourney last week. Because, well, the big one’s here this weekend and I wanted to see who is playing well.

Anyway, glory be, Tiger’s in town.1
Tiger will be teeing up early in the a.m. in a group with old nemesis, Lefty Mickelson.

And, I’ll be cheering for a first hole triple bogey from the guy whose dad called him a messiah. For a duck hook off the tee that lands on the roof of the Eastwood Post Office.

Not that I wish Tiger ill or anything.