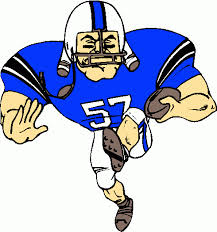 Of all the zesty opening weekend matchups, I had a hunch that bowl gamish Hold That Tiger/ On Wisconsin nitecap in Houston, of all places, might be the most compelling.

It’s what these two schools do.

The Badgers, yet again, coulda woulda shoulda. But didn’t.

And, yet again, as if the irrepressible, grass-chewing Miles has patented such moments, LSU pulled one out . . . again . . . you know, snatching victory from the jaws of defeat.

Of course, I missed it, reporting the outcome with info gathered from those able to stay up later than myself. After hours of pigskin on the TV yesterday, and the day before, and the day before that,1 my eyes and fortitude gave up at halftime of this late starting contest.

Partially because he replaces his predecessor QB, He Whose Name Shall Never Be Uttered Again.

Mostly because Hill was 44/60 for 511 passing yards, three TDs and no picks. Against wannabe but apparently ain’t national contenda South Carolina. Visiting Texas A & M carved up the Gamecocks like John Madden with a Ginsu and turducken.

Coach Visor was not a happy pappy. (Oh yeah, that guy on the other sideline, Kevin Sumlin. The dude can coach.)

Okay, yes, that Bulldog RB Toddy Gurley had 15 touches for 198 total yards and 3 TDs. But, remember this name: Nick Chubb. The Georgia freshman went for 4 carries, 70 yards and a score. Against a legit Clemson D.2

In these parts, Brandon Doughty gets the most stars.

The WKU QB was 46/56 for 569 yards, six TDs and no picks. Against Bowling Green, a division favorite in the deceptively tough MAC.

When it comes to coaching debuts, that of Doughty’s mentor, Jeff Brohm, was as auspicious as any.

The new Hilltopper head coach has taken Bobby Petrino’s Hilltopper O and kicked it up an Emeril notch.

On the other hand, where have you gone James Franklin,3  Vanderbilt’s Derek Mason, late of Stanford, was the paradigm of inauspicious. The Commodores fell at home rather ignominiously to, uh, Temple.

Breathe a sigh of relief, Louisville Cardinal faithful. Mason, by many accounts, was on Tom Jurich’s short list, had the AD not tapped Bobby Petrino to replace Charlie Strong.

Whether the display of speed and talent and scoring ability against the Skyhawks was a false positive shall be revealed in the weeks to come.

Frank Solich’s Ohio Bobcats should provide a bit more of a test.

Little doubt here that UK is much improved.

How much? Stay tuned.

The Will Muschamp Dead Man Walking Watch is on hold.

The Gators game against Paul Petrino’s Idaho Vandals was called on account of thunder and lightning very very frightening.

Items perhaps only I care about:

How much do Cardinal fans miss the AAC? Zero.

How much do Cardinal fans lament not being invited to the Big 12? Zero.

1 thought on “Sunday Morning QB: All The Pigskin Skinny That Matters”