There are really only two questions in college hoops. The answers to which will come clear only after the rims are netless in early April.

Actually there’s a third which will never be answered: Where would the 76ers be ranked in the Top Ten?

1) Q: Can anybody beat Kentucky?

A: Truth be told there is an obvious answer to that. Of course, the Wildcats can fall. Nova over G-town. Chaminade over UVa. Bobby Morris over UK. As long as they play the games, it’s possible for strangeness to rear its wacky head in forty minutes, for Edgar Sosa to make a game winning shot.

2) Q: Will anybody beat Kentucky?

A: Ah yes, there’s the one with an answer we won’t know until the plus-sized person of the feminine persuasion tests her vocal chords, and Dickie V has bellowed to the point his vocal chords jump out of his throat, staging a walkout on the Selection Sunday.

Okay, so much for limiting the number of queries there are, I do have another.

Q: Just what were ref Gene Steratore and Badger coach Bo Ryan laughing about Wednesday night . . . during the second half of Wisconsin’s L to Duke? After Bo’s boys had fallen dangerously behind too.

The camera cut to the sideline and Bo had a smirk on his face that he was trying to get rid of. Steratore, who also works NFL games, had to hold his hand over his mouth, so it wouldn’t be obvious he was laughing.

Ryan’s a notoriously funny guy. What had he said? Or was it vice versa?

Alright, forget about the two question limit. It was just a gimmick to try to get you to read further anyway.

Q: When Western Kentucky meets Marshall on the hardwood, will the teams score more than 133 points between them? That’s the total of the recent football game, a 67-66 Hilltopper upset of the Thundering Herd.

A: To be determined January 4 in Bowling Green, and February 14 in Huntington.1

Back to the beginning.

Before this week’s loss to Duke, I thought Wisconsin to be the squad with the best chance of beating UK.

The Blue Devils are also the deal. With three rookies in the starting lineup no less. And fractious Quinn Cook as one of the elders on the squad. 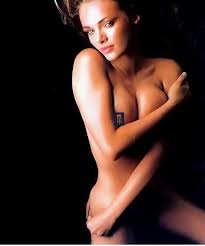 Q: Whatever happened to that coach, uh, whatisname, the one who leapfrogged to the big time because of a minute and 42 seconds of tourney fame with one of those Florida directional schools?

You know the guy with the really hot wife.

A: You mean, Andy Enfield. The guy in college hoops, to whom nobody is paying a bit of attention. Except me.

Which I do because he jumped to a major head coaching job in a major conference based on less than any other coach in any sport besides Lane Kiffin.

They both landed at Southern Cal. Coincidence? I think not.

And, once he landed in La La Land, at the same time as Steve Alford at rival UCLA,
Enfield couldn’t shut up about how the Trojans were the new power in town.

This season, Mr. Andy’s team is off to another rugged start. They’re 5-3, with Ls to Portland State, Penn State and the mighty Akron Zips.

Were I Andy Enfield, I’d be spending more time at home with my bride.

Okay, enough Q & A for today. It’s a long season, don’t want to use up all my jokes in before Festivus.

So I’ll wrap it up with Today’s Seedy K Final Four Projection: