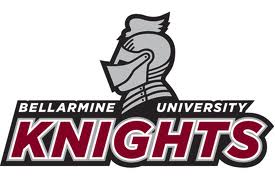 It’s not like the gym hasn’t showcased some serious basketball through the decades.

Back in the day, when you thought of a team in t-shirts, a real tradition not some apparel company insistence, Evansville’s Aces were the deal. The perennial power, featuring future Hall of Famer Jerry Sloan, plowed through Norris Place on the way to a national crown.

When the traditional all-black schools still played in relative anonymity and were enshrouded with mythos, Norfolk State took the KH hardwood with future NBA champion Bobby Dandridge at a forward spot. Clarence “Big House” Gaines’ South Carolina State squad came ballin’. It featured He Who Is The Pearl, Hall of Famer Earl Monroe.

So this hallowed Hall, where you can park for free within yards of the door, still buy popcorn from an honest to Betsy student working her way through school, see a game completed in less than two hours, and where the seat furthest from the jump circle is a better view than your Lazy Boy, is the most hallowed hoops venue in town with the lights still on.

And is the perfect home to the Bellarmine Knights, who — I’ve said it before and now repeat — play as immaculate a game of offensive basketball as one can see these days. In any division of the sport.

If peaking at tournament time is the optimal goal for any school — and indeed it is — the now 28-3 Knights showed how it looked last night in its NCAA opener. From the get go, they blistered a Drury team that ousted BU from the GLVC tourney a week ago, in a 84-60 beatdown.

BU scooted ahead early, leading 18-11 halfway through the opening half. Drury wouldn’t fold . . . yet . . . and was down but six at the last media timeout before intermission.

Lead by gangly Josh Derksen, who tallied 14 of his 17 before intermission, the Knights let be known their intention not to be denied. The Aussie1 slammed home an alley oop for a 38-29 advantage, then with a nifty jumper, nudged the lead to double digits at the break, 40-29.

The margin stayed steady . . . until the teams took the court after the first stoppage of the second stanza.

Out of the timeout, Jake Thelan scored on a zesty layin. Then canned a trey at the shot clock for 53-37 margin.

Leading scorer Thelan counted 13 of his 21 in the second half. Whitehead all ten of his tallies. Derksen finished with 17. Two other Knights were in double figures, George Suggs with 11, Rusty Troutman with 10.

Corbin Maynard scored five, including a deuce on a crafty breakaway, when he stopped and stutterstepped to fool the defender, then sped ahead for an unmolested score.

Birthday boy Michael Parrish, who looks like a thumbnail of a baller, generously measured at 5-8 but surely several ruler notches shorter than that, hit all three of his FG attempts.

Because the ball and the players rarely stop moving on the offensive end, the Knights get a lot of open shots. Which they mostly make.

Here’s one of the reasons those stats exist. BU had 22 assists on 31 made FGs.

Apparently O is a given on campus. What coach Scotty Davenport wanted to talk about afterward was this defensive number.

That’s how many turnovers his Knights forced. Along with 44 deflections.3

He praised assistant Reece Gaines, a former Cardinal, who was in charge of defensive preparation.

Anyway, Bellarmine showed its aspirations for a second national crown are legit.