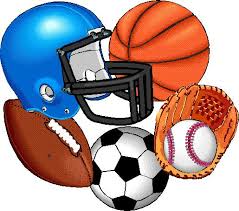 No. I do not have any reports from spring practice.

I don’t do spring practice.

In fact, I don’t do practice at all. I haven’t enough expertise to discern who is playing better, and who worse?

Allow me to remind you, I’m the guy who did go to practice when Teddy Bridgewater was a rookie. I watched him tossing the ball in drills, and thought the other QBs, guys whose names are long since forgotten, had stronger arms and were more accurate.

Which is why, allow me to reiterate, I don’t do spring practice.

In fact, I don’t do practice at all.

I leave it to the good ol’ boys, the wannabe JV assistants, in their double knit shorts.

Nor do I do Derby.

They know what they’re talking about.

The World Wide Leader has commenced its annual spring to autumn each and every Sunday night reality series — “Yankees vs. Red Sox.”

Which means The Professor is already complaining about his Reds, who, he says, have nobody to pitch the 8th, etc, etc.

And I’m checking in on my Tigers, who are out of the gate with six straight Ws. Yet, even with that boffo beginning, they have no distance on America’s Darling, the KC Royals, who are likewise 6 and nil in the AL Central.

Despite the end of the college hoops season, there’s plenty of ball to be played.

The NBA playoffs start this weekend.

Actually they’ve already commenced for several teams, fighting for a spot in the post season. The surprising Anthony Davis-led New Orleans Pelicans are knotted up with depleted OKC. The Pels have the tiebreaker, having won their season series.

Tonight, the guys from the Crescent City play the T-Wolves, whom they’ve beaten thrice without a loss already. The Westbrooks host Portland, which has whipped them three times already this season. On Wednesday, the final day of the regular season, the Thunder travel to Minnesooooooooooota. While, NO hosts the roaring Spurs. Hopefully Pop will sit his big guys, since the game won’t mean anything to San Antonio.

I’m rooting for New Orleans, because I’ll be there next week. My pal has righteous season tickets, fifth row, center court. And hopefully I’ll be able to catch a game with Golden State while in town for JazzFest.

In the woeful Eastern Division, the Celtics, Nets and Pacers are fighting to see which two losers “earn” their way into the playoffs? Yawn.

Anyway, all this is meant as a heads up for the hoopaholics among ya’. I know the college game is the one you love.

But, you know how the song goes, if you can’t be with the one you love, love the one you’re with.

Which means two more months of hoops, played at the highest level, by the best ballers extant.

Should I mention that the Stanley Cup playoffs also commence this week?

You could give a shit.

There’s an excerpt in SI from a new book about the halcyon days of golf — Arnie, Jack, etc — which includes an interesting observation.

Which reminded me immediately of the life downturn of an even more famous icon.

Whose relationship with his mother was just as dependent as Tiger’s with his dad.

Presley, as we know, became a pill addict. And, in his seminal bio of The King of Rock & Roll, Peter Guralnick reports that Elvis first took pills on the night of his mother’s death.

Anyway, an apparently softer, more forthcoming Woods showed some bounce back at the Masters. And it’s a testament to his charisma and place in the game that I mention him before Jordan Spieth.

That said, even I, who really am not that big a fan of golf at all, am impressed with the overpowering performance of the youngster, who stomped on the field this past weekend at Augusta National.1

When The Professor called yesterday to lament the plight of his Reds, laud young Spieth and generally rage on about this and that in the World o’ Sport, he, a U of L fan as I, wondered, only partially in jest, whether there had been any roster changes for the Cards, since we’d talked the day before.

I knew of none.

I also know to take that one day at a time. It’s a fluid situation.

Get out an recreate.