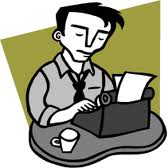 So it’s early Saturday morning, and I’m jogging through Seneca Park and part of Saint Matthews, as I regularly do, given my normal routine that day of the week.

It’s Derby Day. So there are fewer exercisers, doing the loop, and more groups of folks, standing about in their finery, getting ready to be part of the throng at the track.

While I’m huffing and puffing my way down Nanz, out of the corner of my eye, I see a couple of twentysomething fellows on a porch. One of them calls out to me.

Never having been a bow tie kind of guy, I can’t help him.

True vignette. The closest I came really to being part of those assembled at Churchill Downs.

Shared in the present tense to honor Damon Runyon, chronicler of the American scene in the mid 20th century.

He loved the ponies. The whole scene.

He loved the art of pugilism. The whole scene.

He wrote in the present tense. The whole scene.

With the Derby in its usual First Saturday in May late afternoon time slot, and Mayweather vs. Pacquiao from Vegas in the most anticipated boxing match in memory, to cap the day as it snuck up on midnight, it was indeed a throwback to the days of yesteryear, when those two sports — and baseball — dominated the scene.

And Damon Runyon was there to write about it.

Among those who know — frankly, not me — this was the most anticipated Derby in a while. More than the usual spate of contendas, the routine plethora of pretendas.

Even though Runyon was two years gone at the time of that duel sixty seven Derbies ago, his aura was fresh, his presence lingered over the proceedings.

Even a know nothing guy like me could get a sense of American Pharoah’s impressive triumph yesterday. He and Dortumund and Firing Line got ahead of the pack. When Materiality, the race’s speed, lingered at the gate, the trio settled in at the front of the equine peloton, and kept them measured the whole mile and a quarter.

At the top of the long Downs stretch, Firing Line was steered wide to avoid a one on one smackdown with Dortumund, who was closest to the rail. So, the winner, clearly the class of the bunch, swung even wider. Careening down the middle of Churchill’s wide thoroughfare, he kept the other two measured.

The winning time was slow. They don’t award style points. First one across dons the garland of roses, no matter how long the trip took.

Now we get to endure at least a couple of weeks, at least, of hyperbolized conjecture.

Is this horse who will finally end the Triple Crown drought?

Pro basketball was a nothing concern in Damon Runyon’s time.

Saturday’s compelling first round game seven between the defending champion, but aging, Spurs and the never done much Clippers, proved why the sport is so popular.

The fourth quarter was spectacular.

One incredible offensive play after another. Against stellar defense.

Chris Paul’s falling away bank shot winner over the outstretched reach of Tim Duncan was a fitting finish. It came after some improbable treys from seemingly impossible angles. Layups that somehow found the twine through the timber of defender’s arms. Critical crunch time charity tosses.

It was a Whata Game!!! kind of game. Titanic.

I coulda watched the fight. My pal Allen bought the PPV.

When it was 11:30 and Jim Lampley and fellow announcers started killing time, and talked about killing time, because of nationwide connectivity woes, I packed it in, went home.

During a pre-fight interview, Reggie Miller proved as astute a boxing analyst as he is with b-ball.

Defense will win, he predicted.

And so, it apparently came to pass.

D is Money Mayweather’s forte. Or, so they say. That’s how he won, according to the morning after reports on the match.

Proving that Charlie Strong knows talent and how to recruit it, U of L had its most players drafted ever for the NFL. Including He Who Is Known As Mr. Irrelevant, the last player chosen in the final round. TE Gerald Christian.

And, except for the most tried and true diehards, those who worship at the church of Rev. Mel Kiper, Saturday’s last dregs of the draft proceedings were irrelevant. At least until some ninth round pick up makes the winning play in the Super Bowl.

So, even America’s greatest sport of the times, tackle football, took a back seat Saturday.

To boxing and horse racing, rejuvenated for the moment popular endeavors from yesteryear. At least for one day.

Along with pro hoops, now firmly entrenched in it late spring most marvelous time of the season.

Ace David Price pitches a five hitter for the 2-1 victory.

A complete game, it is.

In the present tense.