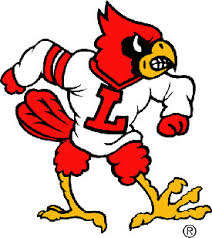 If you’re keeping score the regular way, the old fashioned tried and true way, your box score for Cardinal SS Devin Hairston’s 9th inning at bat will read like this: Sac 9.

Generally meaning, that the Wolverine RF Johnny Slater snared a fly ball, and that a Louisville baserunner advanced a sack.

But it’s not quite as simple as all that.

Truth be told, and if your scorekeeping modus operandi notes the mental part of the game, as well as the physical action, it would read: E9.

Because Slater, bless his heart, who made a spectacular catch of Hairston’s lilting flare, after ranging way to his left into foul territory and laying out to snare the ball, made a mental gaffe of the highest order. An egregious brain fart, which cost his team the game, and, more than likely, any likelihood of advancing to the Super Regional.

Because speedy Colin Lyman was pinch running for first sacker Danny Rosenbaum, who had singled to start the top of the 9th. Through guile, stealth and small ball, Lyman was camped on 3d, when Hairston lofted the ball into the air far enough from the plate, that advancing for the go ahead — winning — run was a given . . . unless Slater let the ball drop for a harmless foul.

It was not Louisville’s first lucky moment of the day.

The Cards, their bats stifled through six by Wolverine ace Brett Adcock, grabbed the lead in the top of the 7th. Danny Rosenbaum went yard, with Zach Lucas aboard, for a wafer thin one-run advantage.

Adcock was masterful through six, which is his way. Only twice this season had he gone further. By only one out against IU in the Big Ten tourney, for his ninth W on the year. And he went eight against Minnesota on April 26 for his 6th win. Yesterday confirmed he’s a gem for six, but can’t be relied on further.

So, reliever Bryan Pall came on in the 7th, his team down a digit. He got the first two Cardinals out with little trouble. Then got Sutton Whiting to dribble one to 1B Carmen Benedetti, who tossed to Pall, covering first to end the inning. Or, actually, not.

The Cards generated another score after that before being retired, for a two-run advantage, when Corey Ray knocked in Whiting.

. . . because U of L’s usually stalwart bullpen displayed some post-season jitters, relinquishing that lead in the bottom of the 8th.

Enter Drew Harrington with his .29 ERA. A Michigan batter reached base on an error. Then the usually stalwart Harrington gave up a base on balls.

With runners on 2d and third, enter fireballer Zack Burdi. Who, also jittery, blew the save, when PH Kyle Jusic singled his teammates home.

Fortunately, for the Cardinals, they manufactured that top of the ninth run. Which gave Burdi the W when he closed it out in the bottom of the 9th. To go along with, I suppose, his BS.1

At 4:00 pm, Louisville, weather permitting, shall meet the winner of a Michigan/ Bradley elimination rematch, scheduled for noon.

If Cards win, they host a Super Regional next weekend. If U of L loses, they’ll play again tomorrow, for the chance to advance.