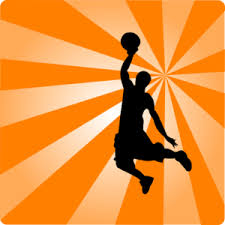 The deciding game’s defining moment came with 9:58 on the clock.

For three quarters, Golden State had kept Cleveland measured since the tilt had settled in, and were up a dozen, heading into the last, 14 after Leandro Barbosa tallied after a Draymond Green assist for the stanza’s first bucket.

Then the Cavs fashioned a mini-run — a J.R. Smith FT, a LeBron layup, 2 Timofey Mozgov FTs and another James tally —  scoring seven straight, cutting their deficit in half.

The pulse of Cavs Nation quickened.

On the ensuing possession, Klay Thompson, who was pretty much off his feed for the entire series, missed a jumper. But, Green displayed his inner Sparty, as, while tumbling toward the end line, leapt above the fray and batted the ball to a friendly jersey, keeping GS’s possession alive for a second life.

Which tenancy with the rock, ended with Stephen Curry doing what Stephen Curry has done his entire stellar season. He rainbowed in a trey, pushing the advantage back to double digits, 78-68.

Not long before the final buzzer, there was another defining moment, or so it seemed, though it turned out faux.

As the clock clicked under two minutes, the Cavs’ Smith and James missed consecutive threeballs on the same trip, either of which would have cut the margin to 8. As Curry scurried the ball down court, gassed defender Iman Shumpert lost contact and GS’s leader drove to the bucket uncontested.

It appeared that the home team had tossed in the towel. The visitors relaxed.

That allowed gallant and game Cleveland one final, but ultimately futile surge.

Those defining moments, real or made up, aside, the game was won in the first quarter.

Energized early in its home gym, the Cavs jetted off to a 7-2 lead.

But, as their muscles warmed and loosened, GS reeled them in, then forged ahead, to lead by 13 after one.

Undermanned and undertalented, Cleveland, despite the presence of “the best player in the world,” could never catch up.

They were not going to win this one from behind. And they didn’t.

Draymond Green had a triple double in the deciding game. 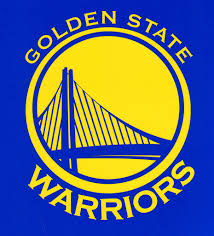 In an upset of sorts, Andre Iguodala was named MVP.

Worthy choice. To the winners go the spoils and all that.

I note the media vote was 7 votes for AI, 4 for King James.1

It makes him out to be about the coolest, most interesting man in the world.

And, winner of it all in his rookie season in the First Chair.

Not only is Golden State the champion, the Warriors have far and away the coolest logo in the league.