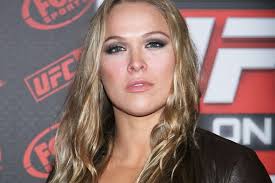 Not that I’m a betting man, but my money’s on Ms. R. Dez would have about as much chance with Rousey as Entourage’s Turtle did. She’d prevail in the ring. Probably in a minute or less, or so her past performances would indicate. And she’d win the post bout press conference. And on the runway before the awards show.

If I were Dez, I’d stick to football.

If I were Turtle, I’d stick to Johnny Drama’s castoffs.

Which brings us to the other Flave o’ Flavor of the Month.

American Pharoah, the horse/ athlete, which, thanks to his turf dominance, has actually caused some renewed interest in horse racing outside the Courier-Journal’s area of circulation. It’s almost like the Summer of Seabiscuit.

On which date, it shall be trick or treat for the first Triple Crown champ in decades.

American Pharoah can become the first Triple Crown Winner to also capture the BC Classic.

While attempting to become the first Derby winner to capture the Classic in the same year it wore the garland of roses, since Sunday Silence and Unbridled did it back to back in ’89 and ’90.

There shall be an interesting curiosity in the Bluegrass that day. While the ponies will be competing on the east side of town at Keeneland, Mark Stoops Big Blue Wildcats will take the Commonwealth Stadium gridiron a few miles away. Against former long time end of season rival Tennessee.1

I hate how the media continues to dote over the former golf tour dominator.

Yet, here I am, falling into the trap, and writing about him . . . yet again. It’s fascinating how we tend to become obsessed when the mighty slide into irrelevance. We (and I include me) have to let go. But it’s oh so hard to.

Anyway . . . because Tiger had three good rounds in a schlepper tourney last week, pundits again are pondering whether he’ll make it back to the top. This is based on a -8 performance on a pitch and putt course, when the winner was something like 48 under for the 72.

“Whistling Straits is his kind of course,” mentioned one TV guy, Bob Ryan, I think. Referencing the site of the upcoming PGA.

Though I rail against schadenfreude at every turn, I’d be pleased as punch were Woods to be two rounds and out at that links course in Cheese Country.

Speaking as we were about Oklahoma State football, — See the first section above — the Cowboys do have something goin’ for them.

Of all the new cockamamie uniforms in college pigskin, Okie State’s Pistol Pete helmets may be the coolest.

And, speaking of college pigskin, practice starts this week.

Which means that kickoff and Seedy K’s Peerless Pigskin Prognostications are just over the horizon.